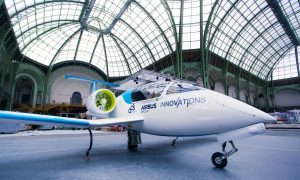 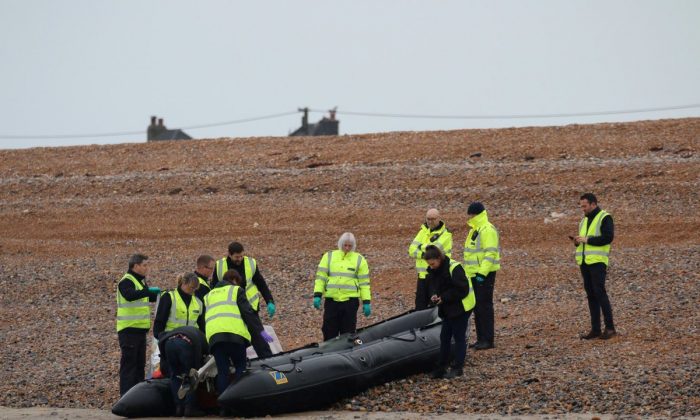 The French government will deploy its Navy and use drones, radar, and CCTV to tackle an increase in the number of migrants trying to reach the UK in small boats.

French interior minister Christophe Castaner said the tightened security would “put an end to these crossings.” He added that they were “not only illegal, but also extremely dangerous.”

Crossing the water that separates the UK and France in a small, inflatable boat has been likened by police to crossing a highway “at its busiest time on foot.” That stretch of water is one of the busiest shipping lanes in the world.

British Home Secretary Sajid Javid has declared the increase in migrants attempting to make the 21-mile journey across the English Channel as a “major incident.”

Meanwhile, a Royal Navy ship was diverted from its routine operations to patrol the Strait of Dover on Jan. 4, to prevent migrants from making the crossing. The naval ship is an interim measure until two Border Force vessels return from the Mediterranean to survey the  channel, to join the one already patrolling the waters, Javid said.

A Spike in Numbers

Official figures from the UK government show that hundreds of migrants have attempted to cross the channel from northern France to the southern coast of England in recent months.

French authorities say most of those attempting the journey are Iranian nationals.

France intercepted 227 before they made it to the UK.

While the number trying to cross in small boats, often dinghies, is tiny compared to the overall number of illegal immigrants who attempt to enter the UK, this route into England, through freezing cold waters, is particularly dangerous.

Reasons leading to the rise are reported to include human traffickers exploiting the calmer seas over the holiday period, and heightened security at ferry ports and the Eurotunnel in France, making it more difficult for migrants to cross in lorries or trains.

Ingrid Parrot, spokeswoman for French maritime authorities in the channel and the North Sea, spoke about the “the Brexit effect” to La Voix du Nord. She said that traffickers could be persuading more migrants to attempt the crossing before Brexit happens in March.

On Jan. 2, an Iranian and a Briton were arrested in Manchester, England, in connection with “people smuggling” across the channel into the UK.

He added, “We know that there have been organized criminals with a complete lack of regard for human life involved in organizing many of them. However, it is also clear that some of them have been opportunistic and made by migrants themselves without the assistance of organized criminality.”

The French interior ministry said they would intensify their efforts to dismantle people-smuggling networks, with businesses at marinas and fishing ports also asked to be more vigilant.

“The prospect of Brexit does not alter the need for our two countries to strengthen our bilateral cooperation to implement concrete and coordinated measures to combat irregular immigration,” said Castaner.

Javid and Castaner have agreed to strengthen cooperation between British and French authorities and are putting together a joint action plan. They are set to meet in London in the coming weeks.