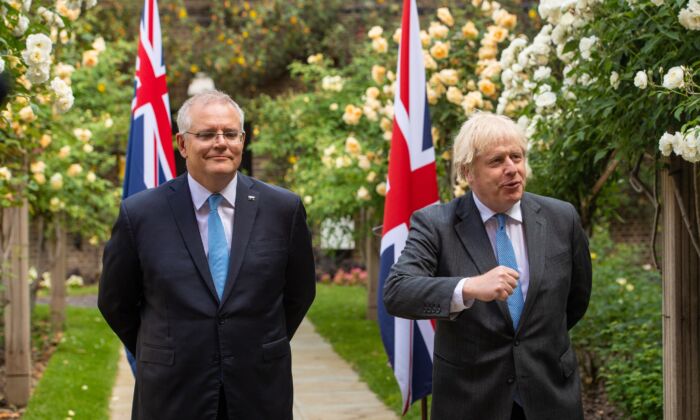 Four million doses of the Pfizer jab will be sent from the UK to Australia as part of a COVID-19 vaccine deal.

Australia will return the same “overall volume of doses” before the end of the year, the Department of Health and Social Care (DHSC) said.

The agreement will share doses “at the optimum time to bolster both our countries’ vaccination programmes,” Health Secretary Sajid Javid said.

The arrangement will allow the UK to better align timings of vaccine supply with future need, including for any booster programme or extension of the rollout to younger teenagers, the DHSC said.

The Joint Committee on Vaccination and Immunisation (JCVI) is yet to provide a recommendation on either, but Prime Minister Boris Johnson appeared to confirm on Thursday that a booster programme will begin this month.

He said, “The priorities now are the older generation going into autumn and winter, and we have always said there would be a booster programme in September—in this month—and we are going ahead with that.”

Following the announcement of the agreement with Australia, Javid said: “Vaccines have built a strong wall of defence in the UK and we want to support nations around the world in recovering from COVID-19 and improving access to vaccines.

“Our agreement with Australia will share doses at the optimum time to bolster both our countries’ vaccination programmes.

“By working with international partners to coordinate the rollout of life-saving vaccines, we will protect more people from this awful virus and save lives.”

The first batch of 292,000 doses to Australia is due to be shipped shortly.

Australian Prime Minister Scott Morrison, who announced the move in a press conference from Canberra on Friday, said: “The plane is on the tarmac now. It will be leaving tomorrow.

“Those doses will be coming over the course of the next few weeks, which will see us double the Pfizer doses that we have during September.

“This means from Downing Street to Down Under, we are doubling down on what the Pfizer doses are here in Australia this month.”

Australia has one of the slowest vaccine rollouts among wealthy countries, with just 36.4 percent of people over the age of 16 fully vaccinated, according to the Australian Immunisation Register.

The country’s two most populous states, Victoria and New South Wales, are in lockdown and counting on getting their residents vaccinated to contain the outbreak of the Delta variant which began in Sydney in mid-June.

The deal with Australia comes as the UK announced that the latest batch of its Oxford/AstraZeneca COVID-19 vaccines has been delivered through the COVAX scheme, designed to ensure vaccines are available for poorer countries around the world.

The government said more than nine million COVID-19 vaccines from the UK have now been sent to developing nations across Africa and Asia.

The agreement with Australia is separate from the commitment to send 100 million vaccines overseas, the DHSC said.

By Aine Fox and Benjamin Cooper