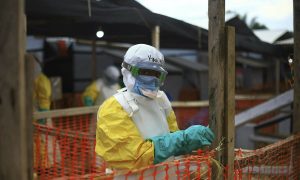 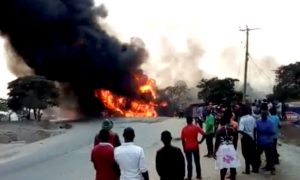 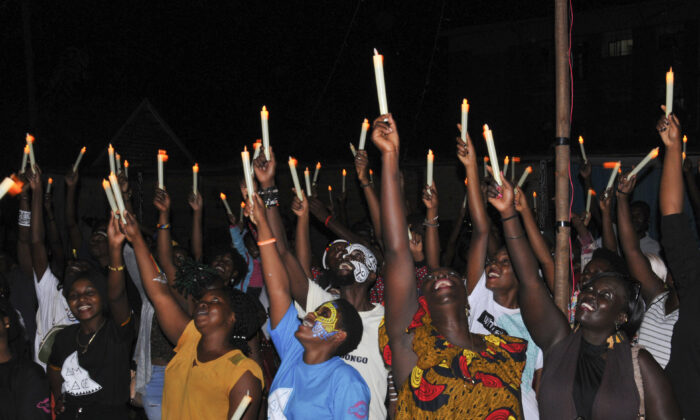 KAMPALA, Uganda—Young people played tug of war and others shook their bodies to crowd-pleasing music as a scorching African sun set near the Ugandan capital. A tipsy poet drew loud cheers by repeatedly reciting, “One day. Someday. Could be this day.”

Others painted their faces, ate barbecued goat, played chess, and practiced yoga. The good-natured gathering attracted scores of people in support of the day when all of Africa would be free of armed violence.

The Mara Mara peace festival drew inspiration from the African Union’s declaration of 2020 as the year for “silencing the guns” on a continent that has long faced violence ranging from civil war to ethnic rivalries and rebel insurgencies. In an effort to reduce the number of illegal weapons in circulation across the continent, the AU has said there will be an amnesty during the month of September, when illegally owned guns can be turned over to local authorities.

The African Union, a continent-wide bloc that is often accused of not doing enough to end armed violence, has said its leaders will reach out to youths to discourage them from taking up arms.

Africa still has multiple conflict zones ranging from Islamic extremist violence in West Africa’s Sahel region and in parts of Nigeria, to armed rebellion by militias in eastern Congo. In South Sudan, the world’s newest country, hundreds of thousands of people were killed and over 1 million displaced by a five-year civil war that officially ended in 2018, but still simmers. That conflict has created Africa’s worst refugee crisis since the 1994 genocide in Rwanda.

Africa Peace Zones, a network of volunteers who organized the weekend peace gathering in Uganda in support of the AU’s mission, acknowledged the task at hand as “ambitious,” citing challenges including gender-based violence and unemployment.

“And while sustainable solutions will require actions from a cross-section of society, we believe that as Africa’s young people, we hold the key to building a continent free of all violence,” the group said in a statement. “Some of Africa’s strongest attributes—tolerance, kindness, generosity, resilience, problem solving and a team spirit—are the very foundation of negotiation, mediation, and reconciliation as alternatives to violence.”

Uganda has enjoyed relative peace for nearly 20 years, since the end of a deadly rebellion in the country’s north. But the East African country has had spots of political violence, with the security forces accused of cracking down on opposition activities. President Yoweri Museveni has been in power since 1986 and is trying to extend his rule further, prompting concerns about possible violence around elections in 2021.

Young Ugandans such as William Musinguzi, a painter at the festival who drew a map of Africa with the red spots indicating countries that are battling insurgencies and civil war, cite mistrust of authorities with guns. The 25-year-old noted with pleasure that there were no police at the event, saying that meant peace.

For Gerry Ssebunya, a dance instructor and mental health advocate whose family was affected by war in northern Uganda, peace festivals are a “fantastic way” to reach out to young people in need of a sense of communion. Ssebunya recalled that in 2019, she visited her ancestral home in northern Uganda for the first time in 33 years, because she was still traumatized by memories of the insurgency that ended in the early 2000s. This meant that she had been “a refugee” in her own country, she said.