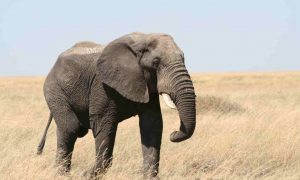 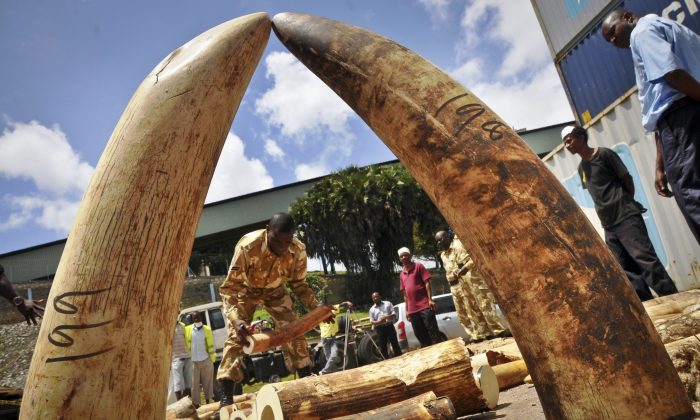 In this Tuesday, Oct. 8, 2013 file photo, Kenyan officials display some of more than 1,600 pieces of illegal ivory found hidden inside bags of sesame seeds in freight traveling from Uganda, in Kenya's major port city of Mombasa, Kenya. A Kenyan court sentenced a Chinese man Tang Yong Jian on Tuesday, Jan. 28, 2014 to seven years in jail, or a fine of about US$230,000, for ivory smuggling in the first case since the country passed a stringent new law to deter illegal trading in wildlife products. (AP Photo)
Africa

KAMPALA, Uganda—Activists say a bill seeking to regulate the operations of civic groups in Uganda will hamper their operations and could be used to target those seen as opposed to the government.

The draft legislation gives the interior minister and a national board the authority to approve, inspect and dissolve such groups. If passed, the law would also impose penalties for violations, including jail terms of up to eight years for offenses such as operating without a permit.

The transparency group Global Witness on Friday called the bill draconian and an attempt by the government to silence its critics.

Some 13 groups, including Human Rights Watch, said this week that independent groups face an increasingly hostile environment as Uganda prepares for elections in 2016.