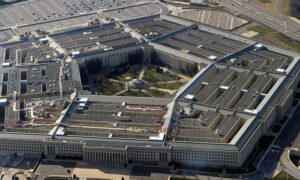 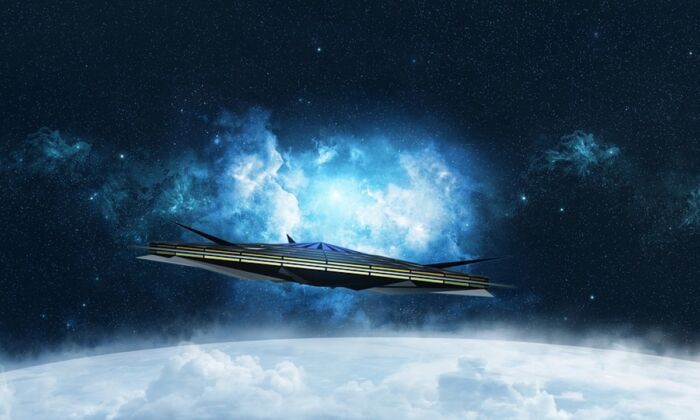 Graphic representation of a UFO. (Tombud/Pixabay)
US News

Some folks from Mississippi and Alabama are not buying the federal report about UFOs that was released on June 25 by the Office of the Director of National Intelligence.

The report was about Unidentified Aerial Phenomena sighted by members of the military since 2004. It doesn’t deny the possibility of some of the phenomena being extraterrestrial life forms visiting our planet, but neither does it doesn’t suggest the theory as a possibility.

Calvin Parker was involved in one of the most well-known UFO occurrences in America. He asserted that he and Charles Hickson, who is now deceased, were abducted on Oct. 11, 1973, by alien lifeforms while they were fishing on the Pascagoula River in Mississippi.

“I don’t believe they’re being straight up,” Parker told the Clarion-Ledger. “The Department of Defense could come a little cleaner about what they’ve got. I just really believe there’s more out there than what they’re saying.”

Parker and Hickson said that they were levitated into a football-shaped craft, examined by the aliens, and allowed to leave.

They subsequently got in touch with the Jackson County Sheriff’s office and told the authorities about their experience. They were tested for sobriety and went through a polygraph examination, both of which they passed.

Parker commented on the report, which is preliminary, saying that the government should have talked about this much earlier, but probably held off to keep the public calm.

“They’re just trying to satisfy everybody by telling them just a little bit,” Parker stated. “They should have done this a long time ago.”

“I wish they’d tell us so I can go to my grave knowing what they know,” he said. “I’d just like to have some kind of answer before I die and that’s not a long ways away, but I don’t think we’re going to get it from Congress or the Department of Defense.”

Another lady from the same state, Rosey Nail, also expressed discontent with the report.

The same night when Parker and Hickson were allegedly abducted, she was hundreds of miles away from them, but she maintains having observed something otherworldly.

Nail was in the town of Bruce, in northeast Grenada, when she saw a light cruising through the sky that divided itself into two lights. She then related that one of the lights approached her, appearing larger and larger to the point that it looked like the sun, and then started changing colors.

She said the object then joined back with the other light and then departed beyond her range of vision.

She told the Clarion-Ledger that the occurrence was not explained by the report.

“It was other-worldly, whatever that encompasses,” Nail said. “It was purposeful.”

“It maneuvered. It went up and down and it went sideways and it shot up in the sky. I don’t think it’s military of any country. I think with technology advances, they would know if it was from other countries. Whatever the truth is, I think we should know about it.”

Another case was reported by Maria Blair and her late husband Jerry Blair from Alabama. They also said that on Oct. 11, 1973, they were on the other side of the Pascagoula River where Hickson and Parker experienced the abduction.

They said that they saw a blue light fly through the sky which then hovered and landed 150-200 yards from where they were.

Blair then saw what seemed to be a human figure in a wetsuit inside the water, matching Parker’s description of the alleged aliens.