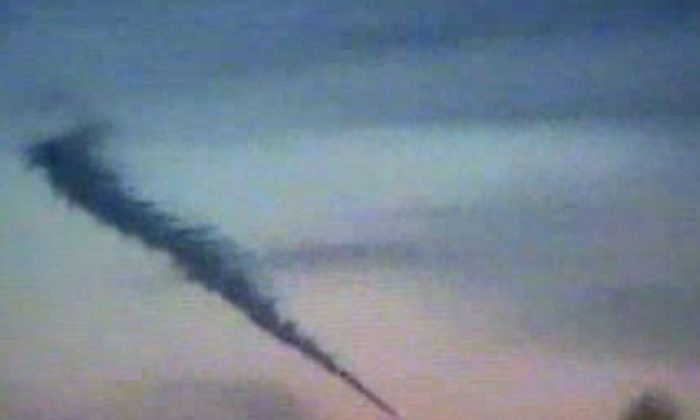 A screenshot of NBC News shows the purported UFO.
Beyond Science

An apparent UFO was spotted over Canada’s Prince Edward Island and was videotaped, according to a report.

NBC News reported this week that Mary and Tony Quigley, the witnesses, spotted something in the sky soon after Christmas Day 2012. Other people also reportedly saw a purported UFO over the eastern Canada province.

The object also appeared to have produced a contrail and was likely a jet, the meteorologists said.

Late last month, a UFO was spotted over the mountains near Vancouver, British Columbia.

CTV reported on a survey noting that UFO sightings have surged across Canada in 2012. The broadcaster noted that there were 2,000 sightings, setting a new record.