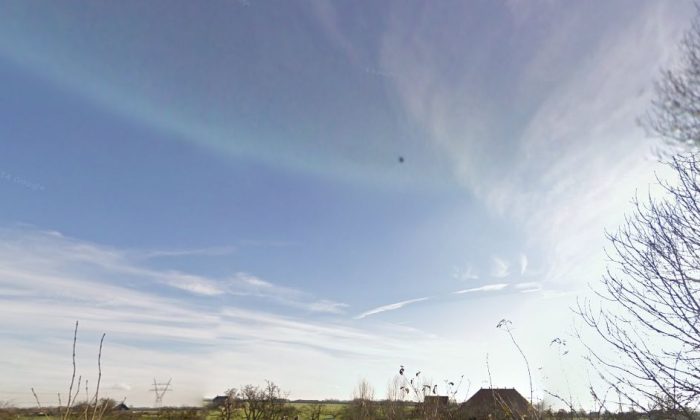 Users have reported seeing a UFO in northern Holland on Google Earth.

Images of the alleged UFO were posted on UFOSightingsDaily, a blog.

They were sourced from Google Maps and Street View and Google Earth.

The “UFO” appears just as a dark smudge or dot in the sky near a bridge in Ilpendam, located in northern Holland.

The object doesn’t appear to be much but when one traverses down the road on Google  Street View, the object is still visible in the sky.

But as the blog notes, “Check out this UFO discovered on Google Earth Map (free program to download). Over a house you see (below photo) a glowing UFO and it has a beam of light coming out of it. If you enter street view you will see that over this house is a dark oval UFO. So we see this UFO from the air and from the ground. Fantastic find by Youtube user ‘N P C 8 Studios.’ If you have Google map, just copy and paste the coordinates above into the search box and it will take you directly there.”

The blogger notes that he’s spotted many UFOs on Google Earth, but “they always get deleted within 3-6 months so you may want to make a video of the event for record.”