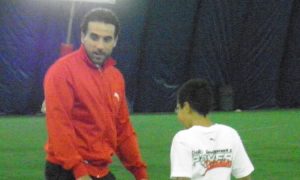 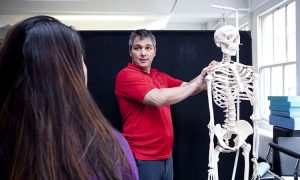 Lessons in Posture From the Muscle Mechanic
0 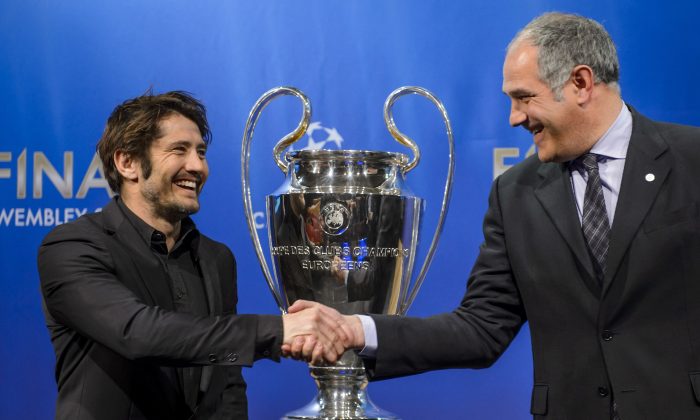 At his point in the world’s most prestigious soccer competition, there were no easy draws left. Every team would necessarily draw a hard opponent, the only question was: Would it be a national or an international one. Friday’s draw has provided the answer and instead of two national semifinals, spectators will see Germany vs. Spain on a club level.

“It’s a tough draw, but that would have been the case either way. We are looking forward to the game and we are confident that we can prevail,” Dortmund captain Sebastian Kehl told UEFA.com.
His side would have been the clear underdog at the beginning of the season, but that changed after the group stages, where Dortmund finished ahead of Madrid, Ajax Amsterdam and Manchester City. On that occasion, Dortmund beat Madrid at home and managed a draw at the Santiago Bernabeu, a result that would see them progress to the final, if they can repeat it.

“We have a lot of respect for Borussia Dortmund. We played them twice [in the group stage] but didn’t manage to beat them. This time we hope it will be different as we want to be in the final, that’s what we are all dreaming of,” said Real Madrid representative Emilio Butragueño on UEFA.com.

Dortmund is also the only undefeated team left in the competition, although they were lucky to escape a defeat by Malaga by turning a 2:1 loss into a 3:2 win in overtime in just 69 seconds. Dortmund will play Real Madrid at home April 24, with the return leg being plaid in Madrid April 30.

The other semi-final pits the best team of the last couple of years against the team that seems to be in the best shape this season.

Barcelona have dominated the competition in the recent past, reaching their sixth consecutive semifinal this year, winning the cup in 2009 and 2011. Bayern on the other hand are in remarkable shape, winning the most points from this year’s ten games and sporting the best goal difference.

While Barcelona struggled against Paris St. Germain, Bayern clearly defeated Italian champions Juventus 4:0 on aggregate, with home and away wins. They have also been in good shape recently, reaching the semis for a third time in four years having advanced to the final in 2010 and 2012, failing to win the trophy, however.

“It’s a great draw. What a game! It’s our third semi-final appearance in four years and we meet Barcelona eye to eye. I think our chances of reaching Wembley are 50/50. It will be an interesting duel between two top teams,” Bayern captain Philipp Lahm said on UEFA.com.

“I think we will see two very good games, played at the highest possible level. Furthermore, I think playing at home first is a slight advantage, contrary to the popular belief that it’s a disadvantage,” Bayern chairman Karl-Heinz Rummenigge told UEFA.com, as Bayern already played Juventus at home first. The first leg will be in Munich April 23 with the return in the Camp Nou May 1.