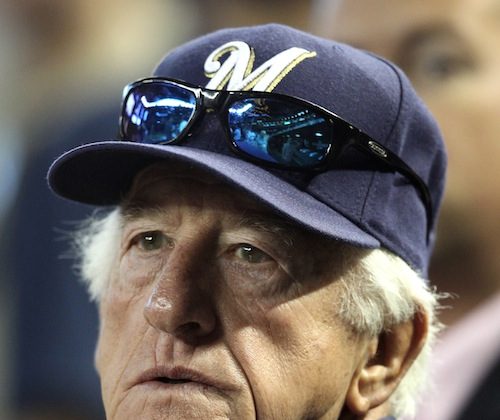 Bob Uecker is in his 42nd season of calling games for Milwaukee. (Christian Petersen/Getty Images)
Baseball

Milwaukee Brewers broadcaster Bob Uecker will be inducted into the National Association of Broadcasters Hall of Fame Tuesday, according to a report on Major League Baseball’s website.

Uecker will be inducted at a luncheon in Las Vegas on Tuesday afternoon. He’s in his 42nd season calling games for the Brewers.

Uecker, best known for his comical broadcasting part in the movie “Major League,” started off playing as a catcher with the Milwaukee Braves in 1962 and played parts of five seasons for four different teams.

Though his playing days were unspectacular, in the broadcast booth Uecker has been a star. Inducted into the Radio Hall of Fame in 2001, Uecker was later honored with the National Baseball Hall of Fame’s Ford C. Frick Award for broadcast excellence two years later.