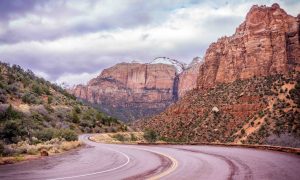 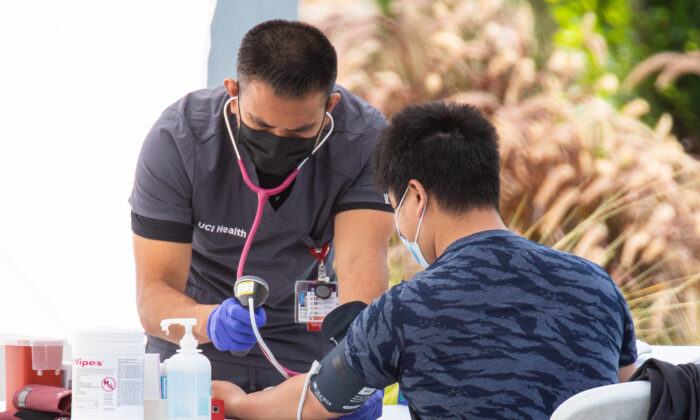 The University of California–Irvine (UCI) is holding a series of blood drives to help offset an “unprecedented” nationwide blood shortage.

Today, the shortage persists as hospitals prepare for a greater shortfall during the warmer months.

“[During] summertime, there’s a seasonal shortage,” UCI Medical Center spokesman John Murray told The Epoch Times on June 22 at a blood drive on the UCI campus.

“We have fewer donors, people on vacation—on top of the tail end of the pandemic.”

Nationwide, hospitals are trying to maintain a buffer of three to five days of blood supply, said Minh-Ha Tran, a clinical professor of pathology at UCI.

“Nationally, we’re down to half a day of supply,” Tran told The Epoch Times.

UCI’s donor center is collecting blood donations to supply its own medical care center throughout the summer, so it doesn’t need to borrow as much from other vendors.

“The more we can do to ensure our patients have the full supply they need, the more blood is available for other hospitals throughout the region,” Murray said.

“Only about five percent of the healthy people who can donate blood actually do donate blood. So, there’s a huge need to try to get more people to come out.”

One donor, Priscilla Nguyen, is a staff member at UCI’s engineering department. With type O blood, she’s a universal donor.

“I just believe that I should give back to the community in whichever way I can,” Nguyen told The Epoch Times.

“It’s also kind of a personal tie for me just because my dad had to have an emergency transfusion once. I understand the need to have blood on hand for hospitals and just any clinics to do blood transfusions.”

Nguyen said she also likes going because it’s like a mini physical, since there’s a pre-screen to ensure donation eligibility.

“They check your hemoglobin levels, your blood pressure, your pulse, and all of that, so it’s partly that it’s just kind of nice to know,” she said. “For me, it’s more of just giving back to the community, the rest of the stuff is just an added bonus.”

As an avid blood donor, this was Nguyen’s second blood donation of the year; her first donation was in March. She said she has given blood more than 50 times in her life.

She took a break from donating blood during the pandemic, for fear of catching the CCP virus.

“Then I figured, they’re medical staff, they know all the proper protocols—that’s why I felt more comfortable coming back to donate,” she said. “The numbers were looking a lot better, and more people were getting vaccinated, which also made me feel more comfortable.”

Katrina Bartas, a graduate student at UCI, attended the drive to give her third blood donation of the year.

Bartas also took a break from donating blood during the CCP virus pandemic.

“It makes sense that people aren’t comfortable going out during a pandemic,” Bartas told The Epoch Times.

She began giving blood again in February as CCP virus metrics improved and health care workers began to get vaccinated.

“It’s easy, and a good thing to do,” Bartas said of giving blood. “They make it really easy. It’s very close to campus. I feel like it’s very easy to come; also, the incentives.”

Each donor at the UCI bloodmobile received a $5 In-N-Out gift card, a T-shirt, and entry into a June raffle for a $250 Disney gift card.

UCI is partnering with the Anaheim Ducks to host an upcoming blood drive at the Honda Center parking lot at 2695 East Katella Ave. in Anaheim on June 29, July 13, July 27, Aug. 10, and Aug. 24. Appointments are required.

The UCI Health Blood Donor Center, at 101 The City Drive South in Orange, is open for donations.

All donors will receive a T-shirt and a certificate for a pint of Baskin Robbins ice cream. They will be entered into the $250 Disney gift card raffle. Donors can request to be tested for CCP virus antibodies. Appointments are required.