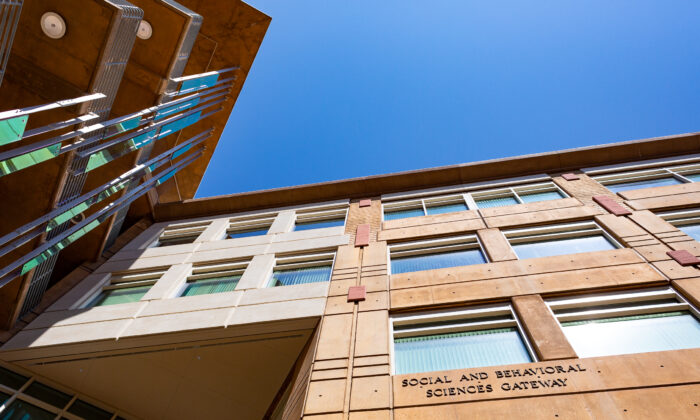 The University of California–Irvine (UCI) has received a $1 million grant from a Philadelphia-based charity to expand a project called Anteater Virtues, which are “curiosity, integrity, humility and tenacity,” to help students develop into more “inquisitive, open-minded and authentic individuals,” officials announced July 19.

The grant comes from John Templeton Foundation, which supports scientific research and philosophical discussions on the “deepest and most perplexing” questions facing humankind, such as evolution, creativity, forgiveness, and free will, according to its website.

Launched in 2019 by Duncan Pritchard, distinguished professor of philosophy at UCI, the project aimed at promoting “intellectual character growth” through a series of “interdisciplinary, faculty-led” coursework that focuses on the four virtues of Anteater—UCI’s mascot—according to a statement.

The project makes UCI the only research university in the nation to systematically integrate these qualities into its undergraduate orientation and curriculum, school officials said.

“Intellectual virtues promote ways of thinking, reasoning and seeking the truth. Learning intellectual humility, for example, can enhance open-mindedness and respect for other people’s opinions, whereas intellectual tenacity can improve students’ willingness to overcome intellectual obstacles,” Pritchard said in the statement.

These skills, he added, are important not only for young people to be successful in their academic pursuits, but also in daily decision-making as the world is increasingly relying on the internet, which often contains misinformation and manipulation.

The goal, according to the statement, is to empower students to put these qualities into action by addressing specific questions that arise in their chosen field of study.

The grant will allow Pritchard and his colleagues to expand the project into subjects such as nursing and engineering and further evaluate its impact on student success.

According to the University, the project has already shown promising results.

A recent UCI study found that students who took the coursework demonstrated greater intellectual growth—defined as higher scores on curiosity, knowledge of virtues, and understanding of their importance to education—than their peers.

The positive results were consistent for all participants, including those who belong to “minority and historically underprivileged” communities, according to the study.

Pritchard said the team hopes the grant will elevate the project’s reported success and inspire other universities to follow.

The next phase of Anteater Virtues will launch this fall.