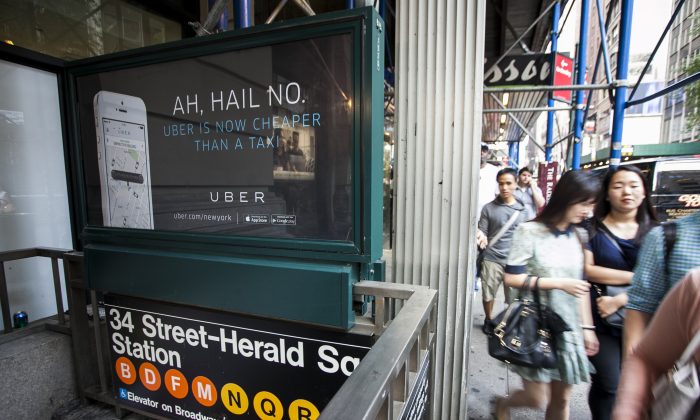 Uber, Lyft Won’t Need to Livery Base Agreements to Use Drivers

NEW YORK—The Taxi and Limousine Commission (TLC) will be leaving out a rule that requires Uber and Lyft to have formal agreements with other livery bases they share drivers with when the new dispatch rules are passed.

Last month, TLC proposed new dispatch rules with the goal of ensuring accountability of bases and drivers. It would require bases to keep dispatch logs and submit them to the TLC electronically on a regular basis. Bases would also need to have agreements with each other if a driver is driving for those multiple bases.

The rules were highly contested. Attorney General Eric Schneiderman wrote a letter this month predicting the livery base owners would not grant agreements, and said the rules would “needlessly restrict competition.”

The final version of the proposed rules were posted to TLC’s website Nov. 17.

“The rationale is simply the fact that there was a tremendous amount of testimony and feedback received in the weeks since the public hearing, and as it always has, the process allows for modification of proposed rules as a result of the feedback,” wrote TLC spokesperson Allan Fromberg.

Have completely switched defaults to UberX/Lyft over NYC cabs… not something I thought would happen (in this city). — Ajay Mehta (@ajaymehta) November 15, 2014

Tarek Mallah, General Manager of the Livery Round Table (LRT), which represents 450 livery bases, oversees about a thousand drivers.

Mallah, owner of Dial-7 Car and Limousine Services, said he failed to see the reasoning for the decision.

He, like other livery industry representatives who testified at the previous TLC hearing on the rules, say they have no problem with the agreements, because it would provide transparency and was a smart business decision.

“And we would go further with a much higher level of coordination, so drivers can take Uber or Lyft rides on their down time and we don’t double book,” Mallah said.

For base owners like Mallah, dispatching a driver only to have him or her abandon that particular commitment for an Uber or Lyft job is a looming fear. In fact, he has seen it happen.

Many livery bases are small businesses that are very connected within their communities, and this possibility compromises both their reliability and commitment to their customer bases, he said.

“There is a lack of accountability,” Mallah said. Knowing when his drivers are driving for other bases also allows him to monitor how many hours they have worked and prevent overworking, he said.

Drivers affiliated with one base who also drive for Lyft or Uber have spoken out against the proposed agreement rules. They fear the livery base owners would prohibit them from driving for another base even during down time, which would limit their income.

According to Schneiderman, while the rules might be well intended they would limit competition.

His fear was also that with these rules, base owners would not agree to let drivers work for Uber or Lyft. The apps rely overwhelmingly on drivers affiliated with other bases. For instance, Lyft only has one base with 20-something drivers, but hundreds of drivers are using the app.

“The rule would tie drivers of affiliated vehicles to a single base,” Schneiderman wrote.

In the past few months, it has become common practice for drivers to take up driving for Lyft or Uber without informing base owners, from what Mallah has seen.

Prior to that, drivers working for bases other than the one they are affiliated was not uncommon, but the nature of the arrangement was very different.

It would always be done with agreements, Mallah said. For instance, if one base was swamped with calls, he said, the owner might call up another base in the borough and ask to divert some calls.

“It happens between smaller bases all the time,” Mallah said.