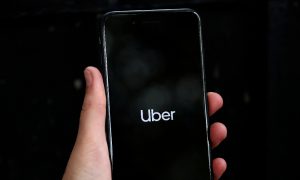 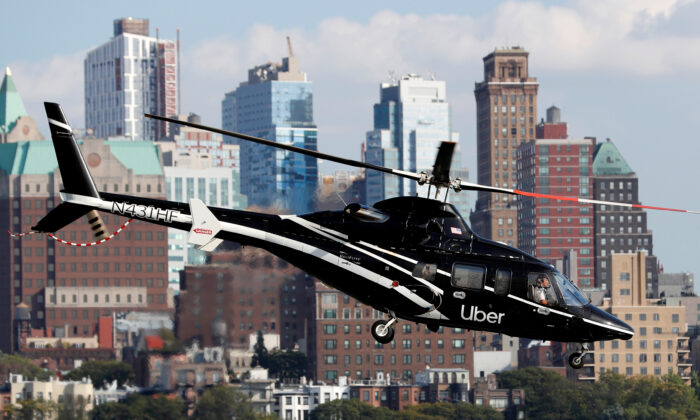 Uber Copter Will Now Fly You Over City Gridlock

The next time you’re stuck in traffic on the way to John F. Kennedy International Airport, you can honestly say, “Maybe we should’ve taken the chopper.”

Uber Technologies Inc. is now offering its Uber Copter service in New York to all Uber riders, the company announced on Oct. 3. Previously, only members of Uber’s top two tiers, Platinum and Diamond, could use the service, which began on July 9.

“The focus in the near term is to open this up to all riders, to demonstrate this vision of seamless connection between cars and helicopters,” says Eric Allison, head of Uber Elevate, the company’s flight business.

Through the app, customers are able to schedule a journey as far as five days in advance, until space is full. As with Uber car rides, prices will fluctuate, based on demand. Two helicopters will be used, for now, to make the trips.

The journey has three legs. First, an Uber car picks up riders and takes them to the Downtown Manhattan Heliport. For trips to JFK, Uber has limited pickups to locations below Houston Street, which the company says is designed to maximize customers’ time. “If you live on the Upper West Side, taking a trip to lower Manhattan and then a [helicopter] flight to JFK might not make much sense,” says Anil Nathan, Uber’s general manager of aviation. (The “only-below-Houston” rule does not apply if you’re flying from JFK to the heliport. After landing there, an Uber driver can take you to any destination, even if it’s above Houston Street.)

The flight itself takes about eight minutes, followed by an Uber car ride from the helipad near Terminal 8 at JFK to a passenger’s designated terminal. Trips can be booked via one request in the Uber app, instead of three separate ones, though customers will receive an emailed bill receipt for each leg.

Uber is using Bell 430 twin-engine helicopters operated by Newark-based company HeliFlite and has two pilots on every flight. There are six leather passenger seats for a maximum of eight people on board. They have Rolls-Royce 250-C40B turboshaft engines, are capable of speeds up to 161 mph, and cost about $6.2 million each.

The experience is not dissimilar from a normal plane ride, except much closer to the ground and near enough to recognize the buildings and neighborhoods you’re flying over. The three-step journey can take as little as 30 minutes, while the same trek by car from Manhattan can take an hour or more, depending on traffic. Public transportation generally takes from 50 to 75 minutes.

The Future of Air Travel

The company is using Uber Copter as a test run for its goal of creating an aerial ride-sharing network of eVTOL aircraft, electric vehicles that offer vertical takeoff and landing.

Uber has set its sights on Dallas, Los Angeles, and Melbourne for its initial launch of a shared air transportation scheduled to debut in 2023, with testing beginning next year.

It’s also developing Skyports for its air operations in these cities. The structures will have footprints as dense as an acre or two and will be able to handle up to 1,000 landings per hour.

Uber chose those cities, based on traffic congestion data, while also looking to establish geographic diversity in its testing, Allison says. The operations in Melbourne will allow it to work internationally and gain experience with an additional country’s regulatory agencies.

Allison also notes that those locations offer a more favorable regulatory environment than New York does. “We think it’s inevitable that we will bring Uber Air to New York,” he says. “We just don’t know exactly when.”

There’s currently an active protest movement against helicopters in New York, due to the noise and air pollution they generate. The grassroots organization Stop the Chop advocates against all nonessential flights, especially those used for tourism. “This will add a horrible new player into an already horrible, dangerous, unsafe, carbon-creating industry,” says the organization’s president, John Dellaportas, about Uber Copter.

Helicopters have transported travelers from Manhattan to regional airports for decades, but ride-sharing helicopter services such as Blade Urban Air Mobility allow customers to book flights that cost as little as $195 through an app.

Blade has more offerings than Uber Copter, with continuous service between LaGuardia and Manhattan’s Wall Street Heliport, as well as Newark and the East 34th Street Heliport. There are also a wider range of times available. Flights are every 20 minutes or so, from 7 a.m. to 7 p.m, Monday through Friday, and on Sunday afternoons and evenings.

Uber is using its Uber Copter service as more of a testing ground for future air travel innovations. The company has previously launched marketing stunts such as the UberChopper in 2016. Executives declined to say when Uber Copter services might end in New York.

Further drawbacks to the Uber Copter service include that passengers can take only one personal item and one carry-on bag under 40 pounds on the chopper, so they can’t bring big suitcases they might need when traveling internationally out of JFK.

The ride also doesn’t save as much time as one might think. A trip from Houston Street to JFK on a Wednesday morning took 43 minutes, and the flight alone cost $364 for two people.

The three-step journey felt jarring, even with Uber employees helping with bags and instructions. A car ride, a helicopter ride, and then another car ride can exhaust before a traveler even steps into JFK and has to go through security. A taxi or Uber car ride from Manhattan to JFK might take longer, but a passenger wouldn’t have to change vehicles twice.

“I think it could get too popular too quickly,” he says. “That will probably be dealt with by the price, because as the demand grows, the price will go up.”