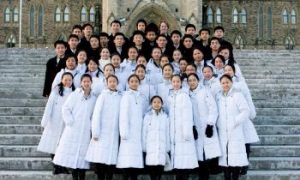 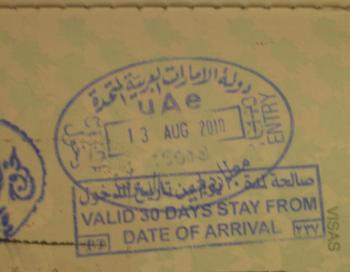 Canadians can no longer obtain no-fee visas upon entry to the U.A.E. (The Epoch Times)
US

By Omid Ghoreishi
Print
The United Arab Emirates has imposed stiff visa fees on Canadian travellers in the latest volley in a dispute over U.A.E. airlines’ access to Canada.

Canadians travelling to the Middle Eastern country can no longer obtain a no-fee visa valid for one month upon entry. They now have to submit a visa application to the U.A.E. Embassy in Ottawa 15 days before the departure date.

The U.A.E. Embassy in Ottawa announced on its website last week that the fees are part of a universal visa system used for citizens of all countries that are not exempt from obtaining a visa prior to entering the U.A.E.

Canadians can also obtain visas through travel agencies and hotels in the U.A.E., as well as through U.A.E. airlines Etihad Airways and Emirates Airlines.

According to Arabian Business, Emirates is offering its visa services at $74.5 for 30-days visas and $61.5 for 96-hour transit visas.

Over 30 countries still remain on U.A.E.’s list of nations whose citizens don’t need to apply for a visa prior to arrival.

Once a close ally of Canada that granted Canadian Forces rent-free use of a military base critical to Canada’s mission in Afghanistan, the U.A.E. ejected the Canadian Forces from the country when Transport Canada refused to allow U.A.E. airlines additional landing rights in Canada.

Last October, the U.A.E. refused to allow Defence Minister Peter MacKay and Chief of Defence Staff Gen. Walter Natynczyk to land at the Canadian base.

U.A.E. officials say the currently allowed six flights per week for U.A.E.-based carriers to land in Canada are not enough to address the economic needs of the two countries.

“The UAE is disappointed that despite intensive negotiations over the last few months, the U.A.E. and Canada have been unable to arrive at an agreement on expanding the number of flights between the two countries,” Mohamed Abdulla Al Ghafli, U.A.E.’s ambassador to Canada, said in a press release.

Air Canada says the Gulf carriers are more interested in dominating flights to major connecting cities like Frankfurt than to fly more Canadians to the U.A.E. These airlines benefit from “virtually unlimited” subsidies and support from their governments, undercutting incumbent carriers like Air Canada, the company says.

According to data from the Canadian government, the U.A.E. is Canada’s largest export market in the Middle East and North Africa region.

There are 25,000 Canadians living in the U.A.E., and 200 Canadian companies operating in the Persian Gulf nation, according to Al Ghafli.

Babak Moshiri, an Edmonton telecommunications engineer whose family lives in the U.A.E., finds the new visa fees he has to pay next time he travels to visit his family “annoying.”

“They should figure out a reasonable way for average people who just want to go back and forth. The disputes can be solved, but to overcharge someone just doesn’t make sense,” says Moshiri.