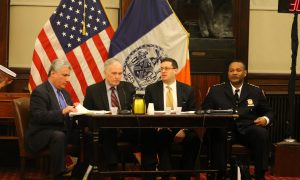 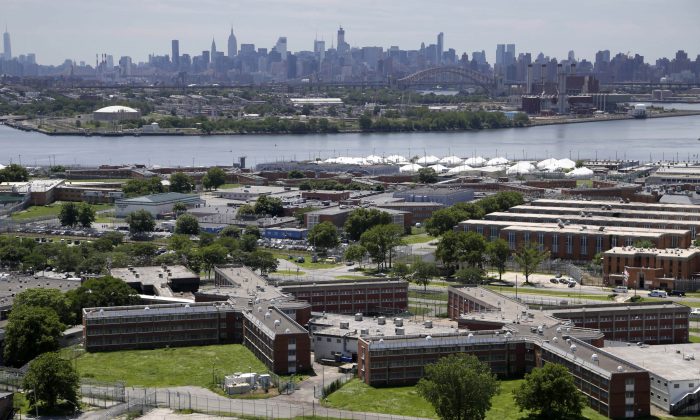 Dissatisfied with the city’s progress on Rikers Island jail reforms, federal authorities announced on Thursday it will sue the city and its corrections department for violating the constitutional rights of young inmates.

Following a two-and-a-half-year investigation into conditions for 16 to 18-year-old inmates in the country’s second-largest jail system, the U.S. Department of Justice (DOJ) released a scathing report in August, detailing “a deep-seated culture of violence.” Corrections officers were said to routinely use excessive force toward inmates who disobeyed their orders, while turning a blind eye to violence among inmates.

The report also found that the corrections department often failed to thoroughly investigate and discipline those officers who used excessive force, and relied heavily on solitary confinement as a means to punish teen inmates who violated jail rules.

In court papers filed last week, the U.S. Attorney General Eric Holder, Acting Assistant Attorney General for Civil Rights Vanita Gupta, and federal district attorney Preet Bharara wrote that despite four months of negotiations with the city, they “have been unable to reach agreement as to lasting, verifiable, and enforceable reforms.”

In the months following the DOJ report, Mayor Bill de Blasio and the city’s corrections commissioner Joseph Ponte promised changes such as ending solitary confinement for 16 and 17 year-olds, retraining officers on how to interact with the mentally ill and adolescents, installing security cameras throughout the complex, and increasing the inmate-to-officer ratio.

But the DOJ report included a list of over 70 recommendations to fix the “systemic deficiencies” within the Department of Correction, including “a powerful code of silence” that deterred staff from reporting incidents of officer abuse against inmates.

And federal officials didn’t think the reforms were happening quickly enough. They filed a court motion with the Manhattan federal court, requesting permission to intervene as co-plaintiffs in a pending class action lawsuit, Nunez v. City of New York, filed by the Legal Aid Society and two private law firms in 2012, on behalf former and then-serving Rikers inmates. It alleges similar patterns of abuse and excessive force toward adults.

Bharara said in a press statement on Thursday that he welcomed Ponte’s proposals, but “the devil, as they say, is in the details, and we have come to the conclusion that joining the pending case as a formal party is the best and most efficient way to get those details done.”

The announcement came a day after de Blasio made a visit to two facilities at Rikers Island, declaring that conditions there have been “very much improving.”

But the federal prosecutors found that although the corrections department stopped using solitary confinement for its youngest inmates, it continued to place 18 year-olds, many whom also suffered from mental illnesses, in solitary for extended periods of time.

As of mid-November, more than forty 18-year-olds were still held in solitary, according to the court papers.

Violence also persisted within the jail. From September to November, there were 71 staff use-of-force incidents involving 18-year-olds alone.

On Thursday, the mayor’s spokesperson Marti Adams said in an email that the city did not oppose the federal prosecutors’ motion.

She also noted that the city was working to implement the reforms mentioned by the prosecutors and plaintiffs in the Nunez case.

“We are beginning to unwind the decades of neglect that have led to unacceptable levels of violence on Rikers Island,” Adams said.