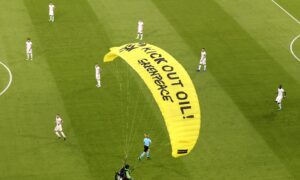 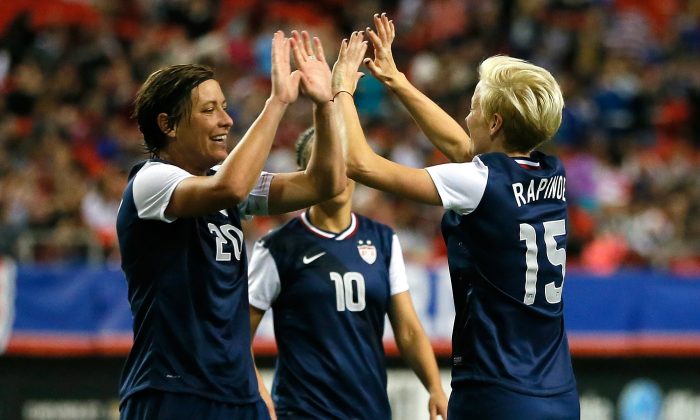 The World Cup champions made the revelation in an interview with The Lantern before an event at Ohio State on March 28. The announcement comes just a few weeks after a top NFL official admitted there is a link between American football and concussions, which was later retracted by other NFL officials.

I think there will be valuable research and information that will be studied.
— Abby Wambach, USWNT

Following the steps of former national soccer star, Brandi Chastain, Wambach, 35, said she has made arrangements for her brain to be used for CTE research.

She is also working on a podcast piece with Chastain to bring attention to concussion.

Wambach is the all-time leading goal scorer in international soccer for any man or woman—and 77 of her 184 goals were shot with her head.

“I think there will be valuable research … and we will understand more about heading and the heading process as it pertains to the game,” said Wambach, who is now retired.

Meanwhile, Rapinoe, 30, who’s still on the team, said she’s unsure how much can be learned through her brain donation, but felt it was necessary to contribute to the research.

CTE is a progressive degenerative disease of the brain found in people with a history of repetitive brain trauma.

CTE is a progressive degenerative disease of the brain found in people with a history of repetitive brain trauma, according to Boston University’s research team. The disease can only be diagnosed after the person has died.

The illness is linked to memory loss, confusion, impaired judgment, aggression, depression, and eventually, progressive dementia. Sports like boxing and football are believed to have a link to CTE.

In November, the U.S. Soccer Federation imposed new safety rules that ban head shots for players under age 10, and limited the method for kids age 11 to 13.

Wambach praised the new guidelines and said she is an advocate for finding better ways of handling the situation, rather than simply banning headers. She also said preparation is key.

“You don’t want to send somebody out and not know how to do it, how to properly head a ball. I think that actually makes it more dangerous,” said Wambach in the Lantern interview.

“If you can do it technically sound, you’re less likely to incur a concussion. In fact, most concussions come from elbow-t0-[head] or head-to-head contact, and that’s something that’s a little not talked about,” she added.

Wambach said she is working with the U.S. soccer federation to impose new programs that teach proper heading techniques.

“I’m setting up a protocol with U.S. Soccer at this point to create a business in and around some of these clubs with soft balls to properly teach how to technically head a soccer ball, how to attack a soccer ball, to not be afraid of heading a soccer ball, because I don’t foresee soccer ever losing heading as part of its game,” she said.

Wambach also noted that soccer is not seen as a violent sport like football or boxing, which is a significant reason why research on soccer needs to be done.

“We’re different from the NFL,” she said. “Heading a ball is different than getting struck in the head by a linebacker that’s 300 pounds trying to literally rip your head off, so I’m excited to see what those results are.”