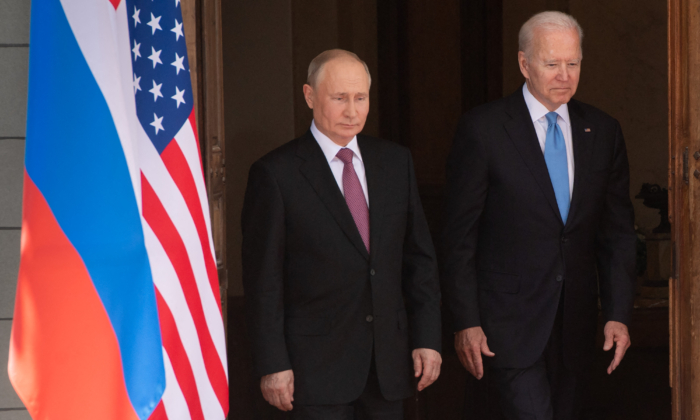 As tensions heighten between the United States and Russia over the standoff along Ukraine’s border, so too does the risk of nuclear conflict, according to Russia scholar Clint Ehrlich.

“When I was growing up, that was a thing. We haven’t really talked about it since the breakup of the Soviet Union,” Meckler said. “That’s not part of the public consciousness.”

But with tempers flaring between leaders over the situation in Ukraine, Russia has threatened to deploy strategic forces to Venezuela and Cuba. This poses the risk of the geopolitical landscape returning to something reminiscent of the Cold War era, said Ehrlich, who was a visiting researcher at Moscow State Institute of International Relations at MGIMO University.

“This is really a global standoff that isn’t just limited to the borders of Russia and Ukraine. … Russia has modernized its military, and especially its strategic forces, to a point where it now feels like it’s able to project power in a way it hasn’t in the past,” Ehrlich told The Epoch Times.

Global leaders still have time to deescalate tensions, but many policymakers don’t seem to be properly weighing the risk of nuclear disaster, Ehrlich said.

“We’re not quite at the same point as we were in the Cuban Missile Crisis, because Russia hasn’t made the deployments that it could. Russia doesn’t have missiles in Cuba or Venezuela right now, nor do they have strategic forces like bombers, but that’s the overall direction we’re headed in,” he said.

“And what’s really different and disturbing is that during the Cold War, the American people and the world at large were aware of the risk of nuclear war, and they gave it real concern. It weighed on them. It deterred reckless behavior,” he said. “Today, policymakers seem cavalier about the risk. And that’s really what is most alarming to me, the lack of regard for the danger that exists in this intense situation.”

As for how to deescalate tensions, policy experts have varying opinions.

Some see Russia’s buildup of troops near Ukraine as a response to NATO seeking to expand, and they would have Western leaders provide assurances that that won’t happen.

Others think Russian President Vladimir Putin seeks to reassert dominance in Eastern Europe due to perceptions of American weakness. They would have leaders invoke sanctions against Russia, and failing that, take military action.

Ehrlich tends to take the first viewpoint, at least when it comes to policy prescriptions.

“I would suggest that the United States push internally within NATO to walk back the 2008 Bucharest declaration, which said that Ukraine was going to be a member of NATO. I think rolling back that declaration would be key to having a diplomatic breakthrough in the crisis,” he said.

“That way, if the Russians were still aggressive, at least their motives would be in the open. At least they’d lose the pretext that they’re acting because of the threat to their security posed by Ukraine and NATO.”

Fortunately, from Ehrlich’s point of view, most voters seem to agree with him. Drawing on a sample of 1,081 likely voters—39.3 percent Republicans, 25.6 percent Democrats, and 25.1 percent nonpartisan, the latest poll from Meckler and COS found that only 15.3 percent of American voters believe U.S. troops should be sent to Ukraine if Russia invades.

The anti-war sentiment holds true for both Republican and Democrat voters, Meckler said.

“It’s been an interesting switch over the last 10 or 15 years,” he said. “My opinion is we’ve seen involvement in so many conflicts with any stated objective or measure for victory, and I think people are tired of that.”