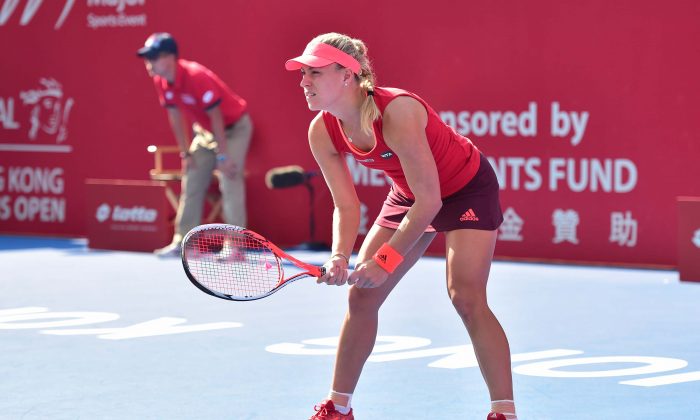 Angelique Kerber of Germany waits for a serve from Sam Stosur of Australia in the Hong Kong Open 2015 at the Victoria Park Stadium, on Saturday Oct 17, 2015. (Bill Cox/Epoch Times)
HK Sports

Angelique Kerber, U.S. Open winner at Flushing Meadow last Saturday Sept 10, now No 1 in the world, plans to compete in the Hong Kong Open between Oct 8 and Oct 16, hoping to surpass her last-years’ achievement in the event

This is the second grand slam title for Kerber this year having won the Australian Open in January.

The Hong Kong Open now seems firmly on the WTA circuit with a US$250,000 prize purse for both the singles and doubles tournaments.