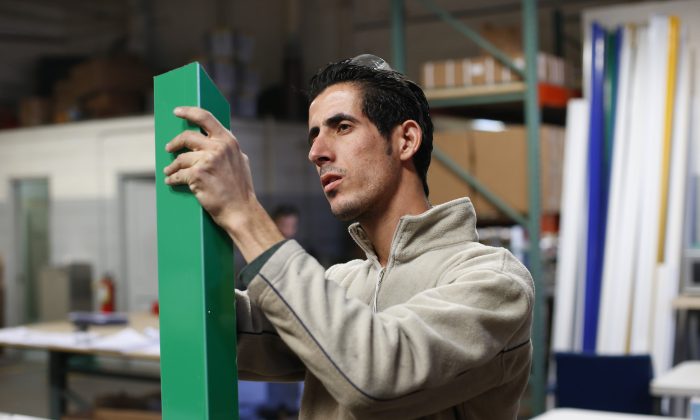 After 28 governors vowed to do everything in their power to block Syrian refugees from entering their states, federal officials are moving closer to stopping President Barack Obama’s plan to bring 10,000 refugees into the U.S.

Fears that terrorists can slip through by posing as regular refugees has prompted a widespread backlash to Obama’s plan to accept thousands of refugees into America within the next two years.

Ryan told reporters on November 17 that there needs to be a better process to ensure that terrorists don’t slip through, and said the issue can’t wait until mid-December.

“We cannot let terrorists take advantage of our compassion. This is a moment where it’s better to be safe than to be sorry,” Ryan said after meeting with House Republicans, reported the L.A. Times.

“We think the prudent and responsible thing is to take a pause in this particular aspect of this refugee program, in order to verify that terrorists are not trying to infiltrate the refugee population.”

This is a moment when it’s better to be safe than to be sorry. https://t.co/euXymh43tp

The exact details of the legislation are still being finalized, but Ryan said that Majority Leader Kevin McCarthy (R-Calif.) is heading up a GOP task force dedicated to it. A McCarthy aide told USA Today that the legislation will likely focus on requiring the government to certify that each approved refugee has had a background check and is not a threat.

The vote is slated to happen on November 19.

Most Democrats oppose the plan, but some have admitted the difficulty in vetting refugees from Syria primarily due to the government there being unable to provide useful information, such as background. Sen. Chuck Schumer (D-N.Y.) said that a pause might be necessary while security measures are tweaked.

Senate Majority Leader Mitch McConnell (R-KY) said he also wants “a pause or a moratorium,” and said he and Ryan were working together on the issue.

“I, for one, don’t feel particularly comforted by the assertion that our government can vet these refugees,” McConnell said. “At the very least it strikes me that we need a pause or a moratorium because the American people are quite concerned and upset by the possibility of terrorist coming into our country through some sort of refugee program.”

The federal government wants to up the number of Syrian refugees in the U.S. from 1,680 to at least 10,000 before the end of the year, with more brought in next year.

Many Republican presidential candidates are also behind the plan to pause the resettlement program, including Ben Carson and Donald Trump.

The Obama administration, though, has been trying to convince officials that the security measures in place are already adequate and don’t need changing after the Paris attacks.

The average processing time for a refugee coming into America is 18 to 24 months.

Officials started to speak out about the program after it was revealed at least one of the Paris terrorists entered France posing as a regular refugee from Syria.

The suicide bomber, who was directly involved in the deaths of 129 people across the French capital, had a false passport that named him as Ahmad al Muhammad, a Syrian.

He entered Greece and then made his way through Macedonia, Serbia, Croatia, Hungary, and Austria on his way to France.

While over half of the U.S. governors have declared their opposition to the resettlement program, a few have come out and said they’re still welcoming refugees.

New York Gov. Andrew Cuomo became one of them this week when he said the moral cost of keeping the refugees out would be too high.

“We have to protect Americans and not lose our soul as America in the process. Right?” Cuomo said during an event at Harvard University, reported the Daily News. “The day America says, ‘Close the gates, build the wall,’ then I say take down the Statue of Liberty because you’ve gone to a different place.”