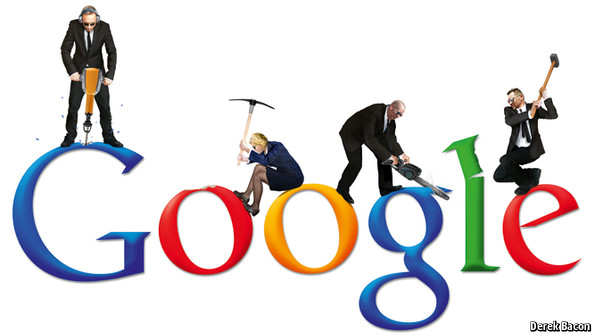 Time for an unbundling?
News

U.S objects, as Europe moves to break-up Facebook and Google

Brussels, Belgium;  Expressing concerns about Mark Zuckerburg’s control over the social networking lives of hundreds of millions of Europeans via Facebook, compounded by Google’s far reaching influence over the EU’s web search appetite, the European parliament has agreed that Facebook, Google and Apple’s dominance on the continent must be broken up.

And to prove that they are serious, the European Parliament approved a resolution yesterday that is aimed at a possible break up of Google, and is also preparing a similar resolution targeting Facebook.

Several industry analysts has since suggested that if Europe should get its way then such a move can potentially be the beginning of the fall of Google, and Facebook.

The European Parliament says that the move, among other things, is aimed at “unbundling search engines from other commercial services” and to further ensure that European companies and consumers are enjoying a level technological playing field.

However, the United States congress has criticized the move, and has since called on the European parliament to rethink its position. But their calls seem to be falling on deaf ears.

Joaquín Almunia, Europe’s former competition commissioner had brokered a series of settlements with Google earlier this year. A key point in those settlements had required that the U.S search giant give more prominence to the services of its rivals’ s alongside its own in search results.

But since then, legislators have pressed his successor, Margrethe Vestager, to take a much firmer line against Google and Facebook.