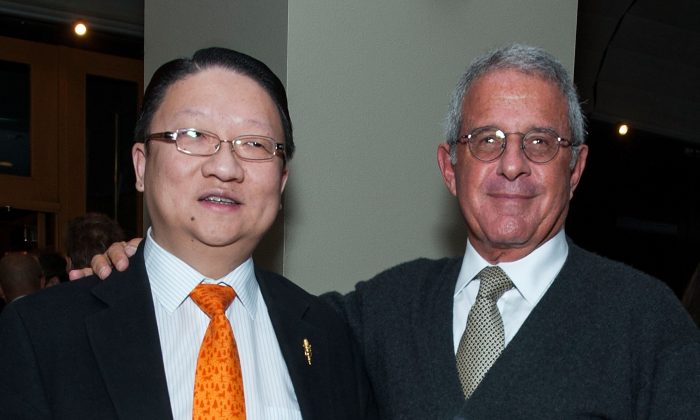 A California firm, G&E Studio Inc., is suspected of using loopholes in U.S. law to act as an overseas propaganda arm of the Chinese regime, and is now the subject of separate investigations by the Federal Communications Commission (FCC) and the Justice Department.

The federal authorities were tipped off to suspicious companies on U.S. soil when Reuters published a 5,000-word feature investigating a network of radio stations covertly affiliated with Chinese regime subsidiaries.

Run by Shanghai-born, naturalized U.S. citizen James Su, G&E Studio broadcasts in over a dozen American cities. While it does not own any Americans stations directly, it leases two stations in Washington and Philadelphia.

The two stations, WCRW and WNWR, air content produced or provided by G&E, which appears to have been filtered and approved by Chinese Communist Party censors. This includes a heavily pro-Beijing stance on the ongoing standoff between U.S. and Chinese naval forces in the disputed waters of the South China Sea.

According to U.S. law, it is illegal for foreign governments and their representatives to hold radio licenses for American broadcast stations, or own more than 25 percent of direct ownership of a station.

A subsidiary of China’s state-run China Radio International (CRI) owns 60 percent of G&E, Reuters reported. And James Su, through various other firms, leases or owns most of the airtime on multiple other U.S. stations, which broadcast either his content or programming from CRI, he told Reuters in an interview this September.

Also in the interview, Su said that he and his companies abide by U.S. law, including the Foreign Agents Registration Act. This ordinance requires anyone in the United States who wishes to sway public policy or opinion in favor of foreign entities to register with the Justice Department.

But public record shows that Su and his companies have not been registered, despite the nature of their programming. And when Reuters approached both the FBI and Su’s companies in October, two Web pages describing their relationship to CRI were deleted.

American officials responsible for monitoring foreign media said they were unaware of the Chinese-controlled radio operation inside the United States until Reuters contacted them.

A Global Network of Ideological Determinism

Aside from James Su’s radio operations in the United States, the Reuters journalists investigated similar networks in Europe and Asia, yielding over 30 CRI-linked radio stations in over 14 countries, including Thailand, Nepal, and Finland. The stations broadcast in local languages as well as English and Chinese.

Chinese regime propaganda organizations are directed and supported by the General Political Department of the Chinese People’s Liberation Army (PLA), according to a report from the Project 2049 Institute, a Washington-based think tank.

Based on 2003 guidelines, the PLA follows “a civil-military approach to political warfare that integrates psychological operations, public opinion or media warfare, and legal warfare,” which is referred to as the “Three Warfares” in Chinese military literature.

Chinese communist front agencies and organizations operating beyond territory under Party control have factored heavily into the Communist Party’s political warfare strategies since World War II, when it was locked in a violent struggle with the ruling Chinese Nationalist Party. Following the Nationalists’ retreat to Taiwan in 1949, communist organizations and agents continued their work in subverting public opinion and co-opting key individuals.

The External Propaganda Bureau is now tasked with masterminding the media or public opinion operations of the Communist party overseas, and answers to the PLA General Political Department.

According to the Institute’s report, the purpose of propaganda directed at overseas audiences is meant to alter the “perceived Western monopoly on international media outlets,” but in fact encourages “ideological splits within foreign communities viewed as adversarial in nature.” It does this  by targeting “not only defense establishments, but also civilian diplomatic, cultural, religious, and business organizations.”