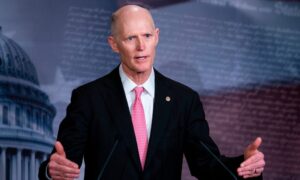 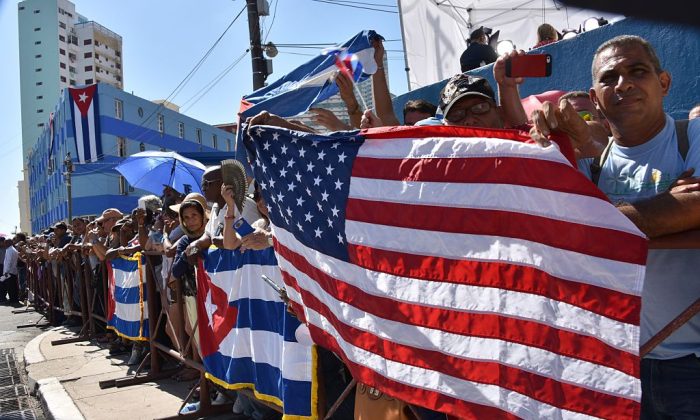 Cubans hold US and Cuban flags outside the US Embassy building as the US flag is raised over it in Havana. (ADALBERTO ROQUE/AFP/Getty Images)
US

Two U.S. diplomats had to leave Cuba after being attacked with a covert sonic weapon. The weapon is believed to operate out of the audible range of hearing. The weapon left the diplomats with headaches and hearing loss. Symptoms were similar to a concussion, according to CNN. The officials were living in housing supplied by the Cuban government.

“We have worked with the Cubans to try and find out what is going on. They insist they don’t know, but it has been very worrying and troublesome,” said an unnamed U.S. official to CNN.

Several U.S. officials first started experiencing the symptoms in 2016. The United States retaliated by expelling two Cuban diplomats from Washington back in May. The U.S. government thinks that the attacks couldn’t possibly have happened without either the Cuban government’s cooperation or awareness, due to the tight control Cuba’s security forces exercise over the country.

U.S. officials in Cuba have for years complained of harassment, including having their cars and homes broken into. The harassment supposedly ended after former President Barack Obama restored full diplomatic ties with the country, according to the CNN report. Cuba will allow FBI investigators on the island.

U.S. diplomats in Cuba are watched and monitored even more than the average citizen, as indicated in a report by The Independent. The expelled Cuban diplomats are permitted to return when the issue is resolved. “We requested their departure as a reciprocal measure since some U.S. personnel’s assignments in Havana had to be curtailed due to these incidents,” said State Department spokeswoman Heather Nauert. “Under the Vienna Convention, Cuba has an obligation to take measures to protect diplomats.”

The Independent report also mention that U.S. officials are weighing whether or not another government acting inside of Cuba was responsible for the attacks. The article points to Russia as a likely possibility. Cuba issued a statement in Spanish saying, “The Ministry emphatically emphasizes that Cuba has never allowed … Cuban territory to be used for any action against accredited diplomatic officials or their families, without exception.”