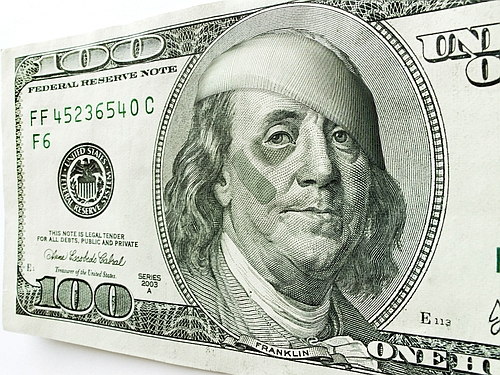 Not only Americans, but also governments and the media worldwide are intently watching for the warring U.S. political parties to end the government shutdown and raise the debt ceiling.

“It appears the government shutdown issue is merging with the debt ceiling issue to create the mother of all debt confrontations,” said a Knowledge & Wharton (K&W) interviewer in an early October interview.

But, don’t equate the government shutdown with the debt ceiling. These are two distinct different issues. The appropriation bill had expired, and once Congress approves a new appropriations bill, no money may be spent, with the exception to essential functions.

The debt limit represents no more than the borrowing limit by the federal government. This means that the U.S. government has to curtail spending, or Congress has to approve an increase in the debt limit.

“In simple terms, the government would have to spend an amount less than or equal to what it earns,” said a recent article on the Forbes Inc. website.

The latest government shutdown is being viewed by many as a political game between the two major U.S. parties, with one holding the American people, especially government jobs, hostage.

Many political watchdogs suggest that Speaker of the House John Boehner would have had the votes to pass a clean government funding bill. But, the drawback was that the vote would have passed with the majority votes coming from the Democrats and only a few from the Republicans.

Nevertheless, if Boehner had brought the vote to the floor “the government would not have shut down, [but] Boehner’s speakership would have been at great risk,” stated an article by the Pacific Investment Management Company LLC, (PIMCO).

The U.S. federal government has shut down 17 times, with 21 days being the longest shut down in 1996.

According to PIMCO, GDP growth dropped by 0.3 percent on an annualized basis during that 1996 quarter. However, once the government reopened, the GDP improved vastly.

This time, GDP on an annualized basis will drop between 0.1 percent and 0.2 percent by the time the government ends its shutdown.

Although PIMCO does not predict a significant effect on the economy due to the shutdown, it states that since the economy hasn’t completely recovered from the financial meltdown, its effect would slow down further growth.

The “Shutdown represents yet another self-inflicted wound to already modest growth,” said PIMCO.

However, the public debt limit may be changed periodically. Rule XLIX describes the process.

The public debt limit has been raised 12 times since 2001, according to an article by the Congressional Research Service (CRS).

In August 2011, President Barrack Obama signed the Budget Control Act of 2011. It includes a provision which allows the debt limit to increase between $2.1 trillion and $2.4 trillion. The latest increase went into effect on May 19, setting the limit at $16,699 billion.

“The government has been financing its monthly budget deficit by stealing/borrowing money from other government funds, like the federal government employees’ pension fund,” said the Forbes article.

Besides borrowing from government employee pension funds, Treasury also moves all Social Security Funds not extended during a month to a general government account and issues an IOU to the fund. The IOU stood at $2.6 trillion at the end of 2012. The general fund pays government expenses and is considered intra-government borrowing. Therefore, it is not included in the debt limit.

The article continues that the President chooses the bills that should be paid immediately. But, his choices will affect the economy and the American taxpayer.

Some government analysts are negative, while others are just the opposite, and fortunately there are some that take the middle ground. Anyway, those on the positive side suggest that it is possible for the United States to print enough money to walk through this crisis mostly unscathed.

It is clear that the government shutdown can be resolved by an appropriations bill and the Constitution forbids a default by the U.S. federal government. Thus, advancing all kinds of scenarios isn’t worth the effort.