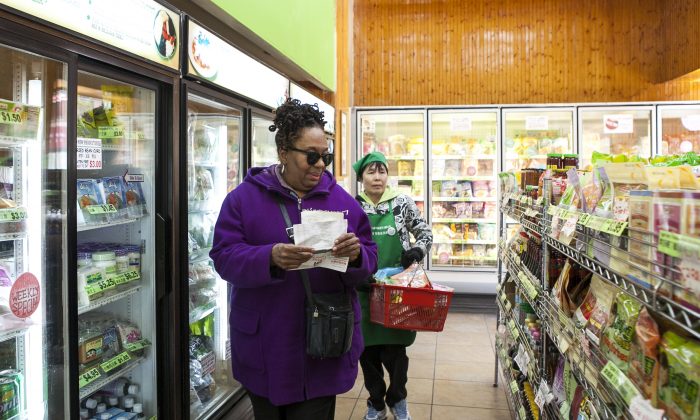 US Consumer Confidence Rises to Highest in 18 Years: Report

Confidence in the U.S. economy rose by 5.5 points in August to reach the highest it’s been since October 2000, according to an Aug. 28 report by the nonprofit Conference Board.

People’s confidence in the present situation improved by 6.1 points, while expectations for the future increased by 5.2 points, the board’s Consumer Confidence Index showed. This follows slight declines in expectations in June and July.

The Trump administration has been renegotiating a trade deal with Mexico and Canada that they hope will replace the North American Free Trade Agreement, and announced on Aug. 27 that a tentative agreement had been reached with Mexico. President Donald Trump and Canadian Prime Minister Justin Trudeau had a phone conversation on Aug. 28, in which they agreed to continue discussions on trade between their two countries.

“The growing divide between consumers’ assessment of current economic conditions and their expectations of the future partly reflects uncertainty surrounding the ongoing trade negotiations and disputes,” Wells Fargo analysts said, according to FX Street. “Despite these uncertainties, we expect consumer confidence to remain elevated in August, although we anticipate the divide between present and future conditions to continue to widen as this economic cycle ages.”

The numbers reflect respondents’ perception of high prices for durables—household goods that are bought on an irregular basis—and vehicles, according to the survey.

“These are extraordinary shifts in price perceptions given that consumers anticipate an inflation rate in the year ahead of 2.9 percent in early August, unchanged from last month,” the university’s surveys of consumers chief economist, Richard Curtin, wrote in the report. “The data suggest that consumers have become much more sensitive to even relatively low inflation rates than in past decades.”