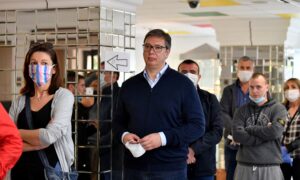 U.S. Congressman Asks the EU to Join Efforts to Fight Against the CCP

On June 22nd, the President of the European Commission, Ursula von der Leyen, the President of the European Council, Charles Michel, and the Premier of the State Council of China, Li Keqiang, had a virtual meeting discussing issues of human rights and the responses to the pandemic. Michael McCaul, an U.S. Congressman, called on the European Union to question the Chinese Communist Party (CCP) as to why it concealed the epidemic and called for a joint effort to confront the CCP’s threat.