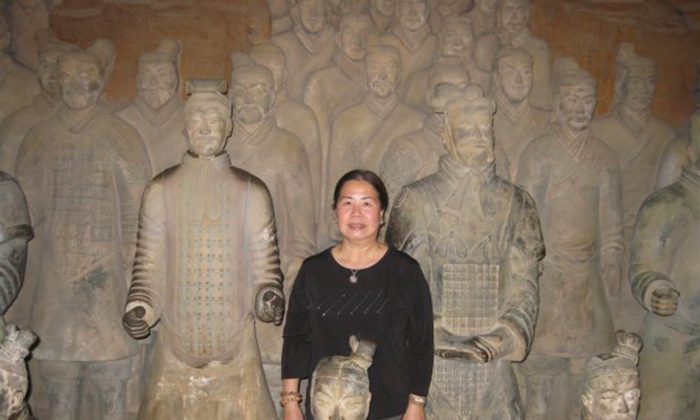 US Citizen Detained on Arbitrary Charges in China

A United Nations Working Group has issued a rare censure of Chinese authorities for the detention of an American businesswoman for over a year without trial, calling it “arbitrary detention” and a violation of Chinese law and universal human rights norms.

This is the first time in its 25-year history that the U.N. Working Group on Arbitrary Detention has “ruled that agents have arbitrarily detained an American citizen in violation of international human rights law,” said John Kamm, executive director of the Duihua Foundation, a human rights NGO, in a July 5 statement.

On March 20, 2015, Sandy Phan-Gillis, an Chinese American citizen, was placed under residential surveillance at a secret location in Nanning, the capital of the southwestern Guangxi Zhuang Autonomous Region. She was formally arrested on charges of stealing state secrets after spending six months in detention.

Phan-Gillis suffered from chronic ailments during confinement and was hospitalized for five days, likely due to mistreatment in interrogation, according to her family.

Chinese authorities have frequently used enforced disappearances against Chinese dissidents, but it is rarely applied to foreigners.

Phan-Gillis presided over the sister city relationship between Houston and Shenzhen for over 20 years, and long worked to facilitate business between Chinese and U.S. firms. She was taken into custody, and disappeared into China’s security apparatus, during a trade delegation while crossing the Chinese border to Macau.

Chinese authorities have not brought any “specific charges” against Phan-Gillis, the UN Working Group said in its June statement. Yet she described her own detention as a “political case” in a letter, according to the Congressional-Executive Commission on China.

The family said that they were not been informed of the detention, and rejected the allegations against her. Jeff Gillis, her husband, told The Wall Street Journal that his wife “isn’t a spy or a thief.”

The Working Group said that China has failed to observe  “international norms relating to the right to a fair trial and to liberty and security,” in its statement.

The case has aroused some concern from the U.S State Department, which published a statement calling on Chinese authorities to resolve the case “expeditiously.”

“We would encourage the Government of China to review and consider the opinion and recommendations received,” said State Department spokesman John Kirby in a regular press briefing. Kirby told reporters that U.S. officials have repeatedly pressed on the issue with China.

While Phan-Gillis is currently the only American citizen detained on questionable charges of spying in China, she is not the first. Xue Feng, a U.S. geologist, was sentenced seven years in prison in 2010 (after a 2007 arrest) on grounds of espionage, charges that most experts thought were more likely the abuse of judicial processes as a result of a business dispute.