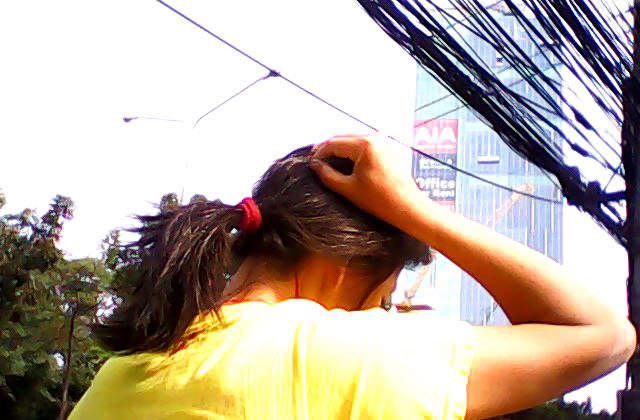 Blood trickles down Jane Kosinski’s head after she was forcefully pushed to the ground by men disrupting a peaceful protest outside the Chinese embassy in Bangkok, Feb. 20, 2014. (Epoch Times)
Asia & Pacific

A 48-year-old American woman was assaulted outside the Chinese embassy in Bangkok on Thursday when a group of men stole banners supporting the Falun Gong spiritual practice.

Jane Kosinski, from St. Louis, Missouri, said she was performing slow moving Falun Gong exercises on the sidewalk when at least five men jumped out from a red pickup truck and began cutting down the banners.

“I tried to get a banner back and one of them strongly pushed me and I fell back and my head hit the pavement,” said Ms. Kosinski who attended the small protest site with four other Falun Gong practitioners.

“We had banners hanging on the tree which said ‘Falun Dafa is good’,” she said referring to Falun Gong’s other name. Some of the other banners she said read: “The world needs truthfulness-compassion- tolerance” and “Stop organ harvesting.”

Video, taken just after the incident, shows blood dripping down the back of Ms. Kosinski’s head.

Ms. Kosinski makes regular trips to Thailand which was her home from 1992 to 2000 when she worked as a tour guide. During her visits Ms. Kosinski said she often joins the embassy protests where she witnessed another incident carried out by the same men who hurt her on Thursday.

In a news report about this incident, by independent Chinese language media NTD Television, local Falun Gong practitioners said that the harassers had admitted they were paid by people at the Chinese embassy.

Ms. Kosinski said she reported Thursday’s incident to the police and went to a local hospital to have her injury examined.