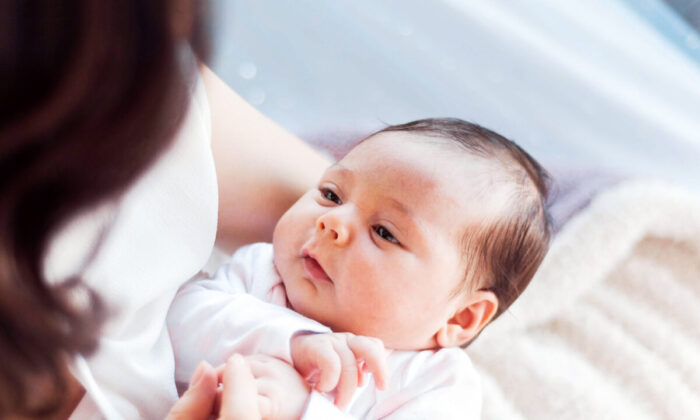 The rate of births in the United States fell to a new record low in 2020, according to data released on Feb. 7 by the Centers for Disease Control and Prevention (CDC).

There were 3.61 million children born in the United States in 2020, the lowest total since 1980, according to data drawn from birth certificates (pdf) and compiled by the CDC’s National Vital Statistics System.

The decline in the U.S. birth rate and total births continues a trend that started in 2008, according to birth certificate data. Even though the U.S. population has grown by 100 million from 1980 to 2020, there were fewer births in the United States in 2021 than there were three decades ago.

According to University of Utah professor of Family and Communication Studies Nick Wolfinger, one reason for this decrease in birth rates is that younger Americans are in sexual relationships less often.

“A big part of the lower rates of sex are that people are just less coupled than they were 30 years ago, less likely to have boyfriend or girlfriend,” Wolfinger said.

But that’s only half the story, Wolfinger said. Married couples are also having less sex. It isn’t exactly clear what causes these trends, but there are several theories.

In 1990, sex, teen pregnancy, and drug use reached a peak, Wolfinger said. But since then, these behaviors have generally declined.

“A lot of those changes are not all negative,” he said.

In some ways, risky behaviors decreased or migrated online, Wolfinger said. This change had many effects. Rates of teen pregnancy, rates of sexually transmitted diseases, and even rates of rape have decreased.

But there are good risky behaviors that have declined as well, Wolfinger said. Many people have avoided starting relationships, getting married, and having children.

These “social goods” make society more stable and create its future, he said. When people don’t participate in them, communities grow weaker. Right now, the United States doesn’t have enough people to fill jobs. To some extent, the labor shortage can be traced to lower birth rates.

“You want these kids. Children are a social good. You want people to have children,” Wolfinger said. “There’s a lot of downstream consequences here.”

According to Wolfinger’s research, actively religious people are the most likely to have children.

The study of society-wide sexual activity is a relatively new scientific field, so researchers have relatively little data to examine, Wolfinger said. As a result, it’s hard to make predictions about where the United States will be if people don’t have children.

But the few points of data he offered were disheartening. Japan has had a birth rate below the replacement rate since 1974. The island nation now faces an elderly population with a far smaller next generation to support them.

Wolfinger said he visited Japan with his wife a few years ago.

“At one point, we were in the mall, and the mall had three stores where you could buy clothes for your dogs, but no stores selling baby clothes,” he said.