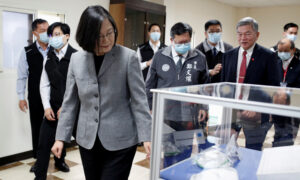 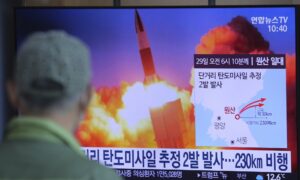 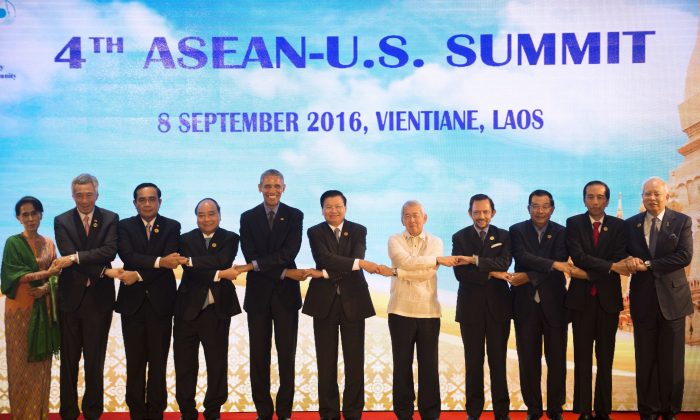 US and Japan Back Up Allies at ASEAN Summit

At the Association of Southeast Asian Nations (ASEAN) summit being held between Sept. 6 and 8, Obama called the results of an international arbitration that denied Beijing’s “historic claims” to the South China Sea, “binding,” and promised more diplomatic and economic cooperation in the region, Voice of America (VOA) reported on Sept. 8.

The president said that the ruling “helped to clarify maritime rights in the region,” and that the United States would “continue to work to ensure that disputes are resolved peacefully including in the South China Sea.”

Meanwhile, Japan’s Nikkei reported that Abe expressed deep concern about China’s “continued attempts to unilaterally change the status quo in the South and East China seas over the past few months” and warned Southeast Asian leaders against taking too conciliatory a stance towards Beijing.

The economies of ASEAN states are deeply intertwined with mainland China, giving Beijing some political leverage over them.

While recent tensions have been centered on the South China Sea disputes, where six different countries have mutually overlapping claims, Japan has its own disagreements with China over the Senkaku islets in the East China Sea.

Abe also noted that the South China Sea was a “vitally important sea lane for Japan.”

The July 12 United Nations ruling on the South China Sea ended a three-year-long international arbitration started by the Philippines, but China dismissed the results out of hand, with state media calling the verdict “waste paper.”

This and continued Chinese military deployments to the region have spurred defensive buildups and diplomatic cooperation around East and Southeast Asia. The most recent move by the Chinese regime has been the positioning of dredging equipment to construct more artificial islands on the Scarborough Shoal, which lies in the Philippines exclusive economic zone,

China’s Ministry of Foreign Affairs spokeswoman Hua Chunying criticized Obama’s remarks as betraying the U.S.’s supposedly neutral stance on the arbitration, and said that if regional nations were “truly concerned about peace and stability in the South China Sea, [they would] support China” in the dispute, state-run news agency Xinhua reported.

Hua made positive reference to Russian President Vladimir Putin, whose country will be participating in military drills with the Chinese military in the South China Sea at an undisclosed date.

“ASEAN is key to the U.S. rebalance to Asia and more importantly is key to a peaceful and prosperous future for the world,” Obama said.