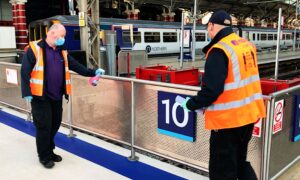 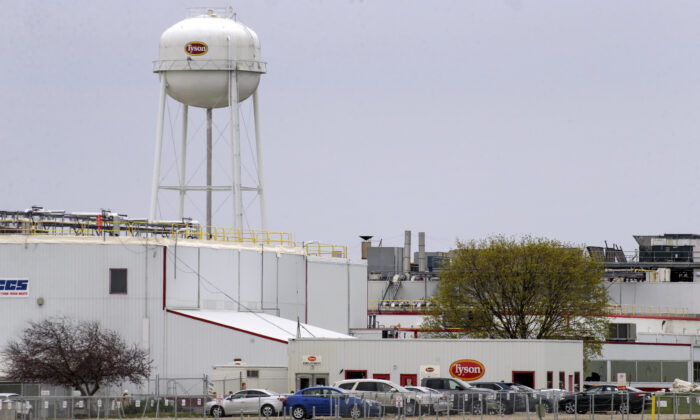 Tyson Foods to Require COVID-19 Vaccines for All American Workers

Meat processing giant Tyson Foods said it would require COVID-19 vaccines for all its 120,000 U.S. workers, aiming for total vaccination by Nov. 1.

Tyson Chief Executive Donnie King said that the effort is the best way to protect the health of the company’s workforce amid new strains of COVID-19.

“We did not take this decision lightly,” he said in a memo obtained by The Epoch Times. “We have spent months encouraging our team members to get vaccinated—today, under half of our team members are.”

The company had to take this step “because nothing is more important than our team members’ health and safety, and we thank them for the work they do, every day, to help us feed this country, and our world,” King added.

The Arkansas-based firm said it would also offer $200 to fully vaccinated team members who work on the frontline. With the announcement, Tyson is perhaps the largest U.S. food company to mandate COVID-19 shots for its workers.

Employees who are seeking religious or medical accommodation won’t have to get vaccinated, the company said in a news release.

The move comes as some of the largest companies have tightened mask and vaccination policies as COVID-19 case numbers rise around the country, according to federal health data. Google, Facebook, and Walmart’s corporate offices have mandated vaccinations.

Throughout the early stages of the pandemic in the spring of 2020, some meatpacking firms were hard-hit as thousands of workers contracted the virus. Around 130 workers who belonged to the United Food and Commercial Workers union died after contracting the virus as of July 30, the union said.

Tyson Foods at one point was forced to shut down some of its meat plants early in the pandemic due to COVID-19 outbreaks. The outbreaks at Tyson’s plants and other meat processing companies’ plants placed a strain on the U.S. meat supply early on in the pandemic.

As of July 30, at least 132 meatpacking workers who belonged to the United Food and Commercial Workers have died after contracting COVID-19, according to the union.

In recent days, some elected officials and mainstream media pundits have increasingly called on businesses to mandate vaccine passport-type systems for customers—not just employees. On Monday, New York Gov. Andrew Cuomo, during a morning press conference, said that “private businesses, bars, restaurants: go to a vaccine-only admission. … I believe it’s in your business interest to run a vaccine-only establishment.”

The Epoch Times has contacted the United Food and Commercial Workers union for comment.