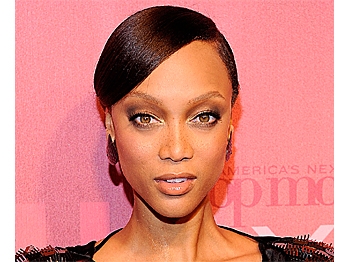 Michele Goncalves
View profile
Follow
biggersmaller
Print
Tyra Banks, 36, the supermodel turned television mogul, posted a statement on her official website, August 17, commenting on a television ad getting heat for the next season of her hit show "America’s Next Top Model."

The ad featured a painfully thin six-foot-two contestant with a shockingly small waist, which appeared to be praised by Banks and the other judges.

Known for her work in empowering girls to embrace healthy body images, Banks said in her statement that “I can assure you—that cut has been removed from the CW airwaves, and the message conveyed in that video was NOT intentional and is certainly not “Top Model” or Tyra-approved.

"The jokes of my fellow judges connected with my edited sound bite sounded like I was supporting unhealthy eating habits. This has never and will NEVER be the case. I am and will always be committed to promoting healthy body image.”

Banks has gained some weight over the years since she posed for the Sports Illustrated swimsuit issue in 1997. After receiving tabloid criticism in 2007, she gave a knockout speech on her talk show, targeting people who say hurtful things about womens' bodies. Through her TV shows she continues trying to inspire women to have a healthy body image.

The next "America's Next Top Model" season will air September 8 at 8 p.m. on The CW.