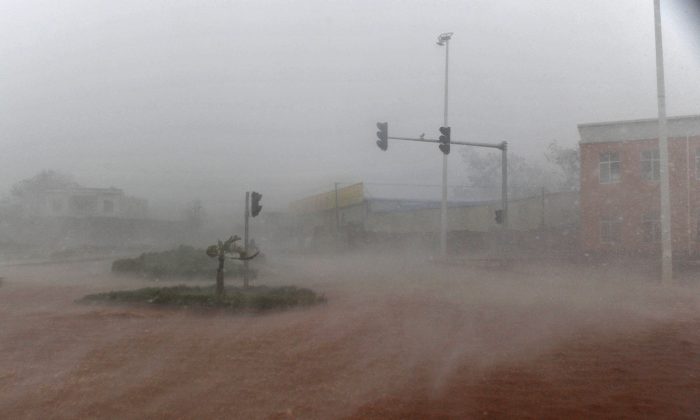 Typhoon seagull landed twice at 9:40 a.m. and 12:45 p.m. with wind speeds of 89.5 miles per hour, bringing torrential rain and flooding, according to the State Flood Control and Drought Relief Headquarters. Seven rivers in the area were flooded, and nearly 700,000 hectares of farmland were destroyed.

At least six people were killed in the destruction, and almost 6 million residents in 68 counties and cities were impacted, state news reports said on Wednesday. Economic losses have reached $55 million.

Infrastructure was also badly impacted, with 548 highways and roads, 12 railways, and 28 airports and harbors closed due to the typhoon. Water and electricity utilities were also shut down due to the storm and flooding, and schools also closed.