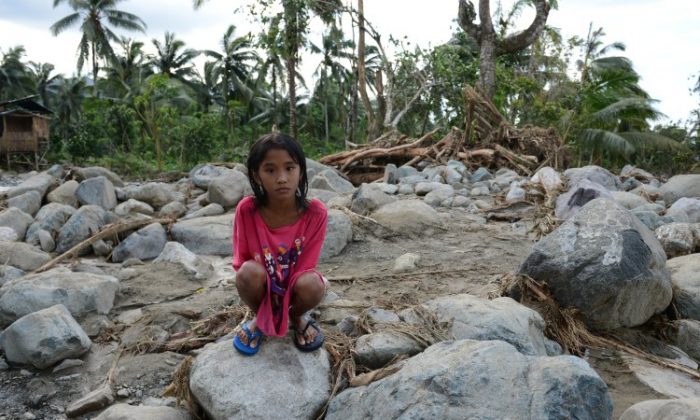 Residents ride on a motorbike locally known as a "habal habal" as they home in New Bataan town. (Aljibe/AFP/Getty Images)
World

Typhoon Bopha hit the island of Mindanao on Tuesday, destroying thousands of homes as it left a path of destruction in its wake, reported broadcaster ABS-CBN. Hundreds of people are still missing and officials fear the death toll will rise even higher as rescuers try to reach isolated areas that were cut off during the storm.

But the most hard-hit area was the Compostela Valley, killing at least 150 people, reported The Associated Press.

“These are whole families, six or seven names with the same surname. It is saddening to think entire families have been washed away,” Interior Secretary Mar Roxas was quoted as saying by ABS. Entire villages were flattened in some areas, reported The New York Times.

Roxas flew to Mindanao after the typhoon passed, adding that “there is hardly any structure that is undamaged.”

President Benigno Aquino III told reporters on Wednesday that more needs to be done to prevent damage done by the frequent natural disasters that hit the Philippines.

“Any single casualty is a cause for distress. Our aim must always be about finding ways to lessen them,” he said, according to GMA News. Last December, a typhoon killed 1,200 people and caused more widespread damage, said Aquino.