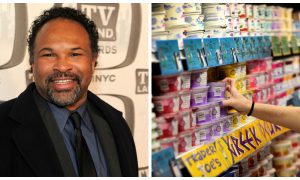 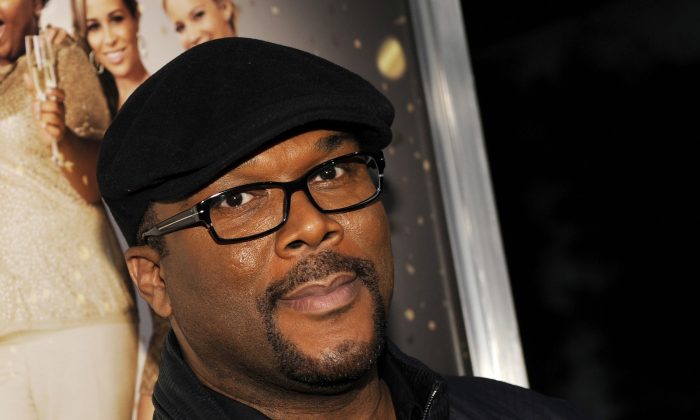 Tyler Perry arrives at the premiere of "The Single Moms Club" in Los Angeles, on March 10, 2014. Perry has reportedly offered to help pay for funeral expenses and rent for four children whose mother was killed in Alpharetta, Ga., on March 16, 2019. (Chris Pizzello/Invision/AP)
Crime and Incidents

Actor and filmmaker Tyler Perry is stepping in to help a family who lost their mother in a bank shooting, WSB TV reports.

The station said Perry reached out to the family and offered to arrange for 45-year-old Tynesha Evans’s body to be flown to Wisconsin for her funeral, offered to take care of the family’s rent so that they don’t get evicted, and also offered to cover the tuition of Sharadiant Turner, who is currently a freshman at Spelman College in Atlanta.

Evans, a single mother of four, was shot outside a Wells Fargo bank in Alpharetta, Georgia, on the morning of March 16. She later died at North Fulton Regional Hospital. Police arrested the suspect, Othniel Inniss, 58, at the scene.

At the time of the shooting, police said an armed witness who was driving by the bank heard the shot and jumped out of his vehicle to help Evans. The witness confronted Inniss, ordered him to drop his weapon, and held him at gunpoint until officers arrived at the scene. Inniss was immediately taken into custody and questioned by detectives. Police thanked the witness for his actions.

Inniss was charged with murder and aggravated assault with a deadly weapon. His first court hearing, which was set for Monday, was pushed back due to a health issue. On Tuesday, the judge did not grant Inniss bond, WSBTV reports.

Police also said Evans and Inniss were in an on-again, off-again relationship that “sadly ended in senseless violence during an argument.” It’s unclear if the two were together at the time of the shooting.

Detectives on scene gathering evidence. We’ll be here for several hours. No roadways are affected. pic.twitter.com/GRYs4MwPIF

Sharadiant told WSBTV that Inniss had offered to help them after her mother, Evans, fell on hard times despite working full-time as a health care worker. Evans dropped her daughter at the store before going to meet Inniss at the bank.

“I wanted to get groceries and come out and she’s gone and I called her and asked her where she was and she said she had to meet him,” Sharadiant said.

After the shooting, Evans’s children set up a GoFundMe page to raise money to cover their mother’s funeral expenses as well as rent. The page says Evans was the breadwinner in their family, and that two of her four children are still minors. The campaign reached its $50,000 goal in one day.

According to WSBTV, the family was worried they could lose their home, as Evans’s daughter said that their mother owed $3,200 in rent and that Webb Bridge Crossing Apartments was planning to evict them.

The family is grateful for the generosity Perry has offered.

“We can’t thank him enough,” Shardiant told WSBTV while 14-year-old Shakemia Turner called him an “angel.”