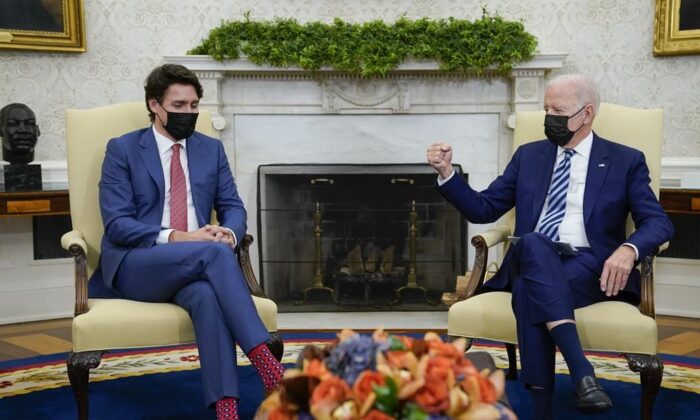 WASHINGTON—Canada’s international trade minister is wrapping up her latest official visit to the U.S. capital−her second since Prime Minister Justin Trudeau was at the White House last month.

Mary Ng led a multipartisan Team Canada mission to Capitol Hill for several days of meetings with U.S. lawmakers to talk about a number of lingering irritants.

Topping that list is a proposed tax credit for American-made electric vehicles that Canadian business leaders fear could be devastating to the auto industry north of the border.

The credit, which would be worth up to $12,500 on U.S. vehicles made with union labour, is part of the Biden administration’s Build Back Better bill, which is currently making its way through Congress.

Ng is also taking issue with the U.S. decision to nearly double duties on Canadian softwood lumber and a threat to ban potato shipments from Prince Edward Island over concerns about a rare fungus.