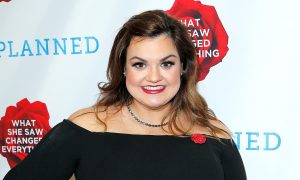 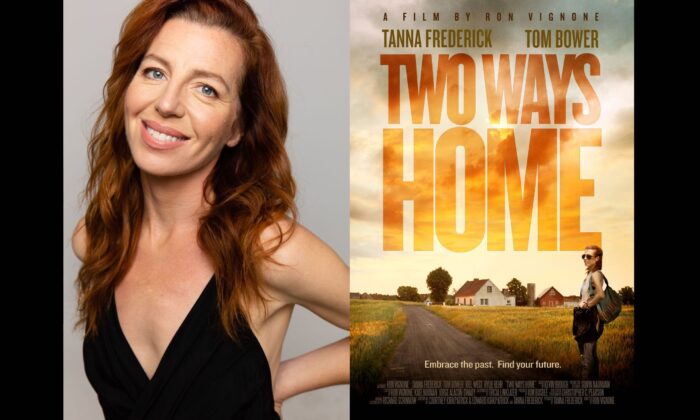 “I’m proud of where this movie has gone,” said actress and producer, Tanna Frederick, when asked about her new movie “Two Ways Home.” She says the film is a conversation about family and mental illness that many people believe needed to be had, and the response thus far has been incredible.

It was a very personal movie for Frederick on many levels. She says the project offered both a platform for creative expression and humanitarian concerns, bringing awareness to many important social issues, especially mental health.

“Two Ways Home” is about a woman with bipolar disorder returning to rural Iowa. While balancing her own struggles and caring for her veteran grandfather, who suffers from PTSD, she also attempts to reconcile with her estranged husband and precocious twelve-year-old daughter.

All three generations are represented in this heartwarming depiction of modern rural life, with an original screenplay by Richard Schinnow and directed by Ron Vignone.

Fully filmed and produced in Iowa, “Two Ways Home” has an impressive supporting cast of local actors, whose roles have a wonderful depth and color of their own. The production was passionate about finding and supporting homegrown, authentic actors, who often cannot be found in Hollywood.

The wind-swept Iowa landscape also offers incredible scenery, with fields of wheat stretching to the horizon.

As a clear metaphor for the complexities of living in a post-millennial world, the story touches on the complex realities that face contemporary family life. Specific to rural farmers in Iowa is the interplay between the “old” and the “new,” including traditional farming practices and the pressures of modern industrialization. The film also examines the challenges of sons and daughters making decisions about their aging parents.

Frederick explains that her interest in portraying mental illness in a meaningful and truthful way came from her own childhood. Both of her parents worked in the health care professions and championed the cause for decades while she was growing up.

“I watched them work tirelessly to build a facility to get mentally ill folks off the streets and give them the help they so desperately needed, like support groups, housing, and jobs,” she said. “And I could see the misconceptions people had about the mentally ill. The neighbors, for instance, didn’t want care homes built near them. So many films depict the mentally ill in negative ways. My mom would always say to me, ‘please make a film that people can learn from, learn the truth from.’”

Frederick even sought her parents’ advice while preparing for this project.

“I wanted to portray a strong woman who faces adversity about health conditions and becomes a more beautiful human as a result of confronting that,” she said.

Frederick says the title of the film refers to the two ways the main character has available to find her way home, regarding the intergenerational relationships between her grandfather and granddaughter. The screenplay was based in part on Frederick’s special bond with her actual grandfather, who like the film character was a war vet and an alcoholic.

The resolution Frederic was able to create on-screen with her grandfather may not have occurred in real life, but it clearly provides hope and encouragement to those still struggling today.

The film ultimately shows that, in some basic ways, we all need to return home, to a place that nourishes us emotionally, physically, spiritually, home as a connection to land, family, self, or faith. Redemption, commitment, devotion, love, faith, and family can all lead us back to these roots, reminding us there is more than one way home.

Fredrick hopes to give some of the proceeds of the film to the National Alliance on Mental Illness. The next screening of the film will be held in West Los Angeles on 3200 Motor Ave. at the Vista Del Mar Child and Family Services on Dec. 4 at 7:00 pm.