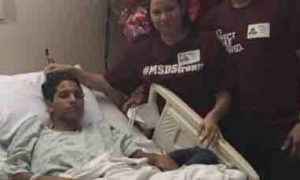 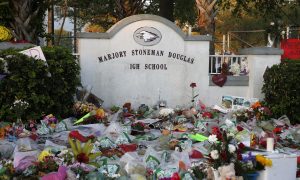 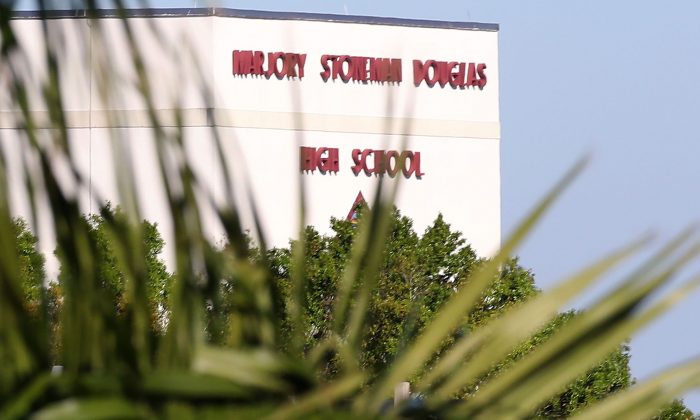 Students at Marjorie Stoneman Douglas High School in Parkland, Florida, are trying to get back to normal after the mass shooting on Feb. 14. Perhaps this gives greater impact to the arrest of two students, each of whom brought a knife onto the campus.

Another student was removed from class for posting pictures of a gun in his waistband on Snap-Chat. These incidents all occurred on March 20.

“It makes me sad because we just lost 17 of our family members and they’re making the problem worse when we’re trying to make everything better,” student Angelina Lazo told CBS News.

Jordan Salter, 18, was arrested after she pulled a 2-inch folding knife out of her shirt during an argument with another student. She reportedly opened the knife and showed it to the person with whom she was arguing.

Seventeen-year-old Gavin Strickler had a 9-inch knife in his knapsack. According to the Sun-Sentinel, Strickler had been waving it around on the school bus that morning. Strickler was taken to the Broward County Juvenile Assessment Center, CBS reported.

Amanda Strickler, the boy’s mother, told the Sun-Sentinel that his sister had been wounded in the Feb. 14 attack, and he carried the knife for protection.

The student posting pictures while carrying a pistol has been sent for psychological evaluation. The Broward Sheriff’s Office said the gun was a BB gun.

The student was hospitalized for what looked like self-inflicted wounds on his left arm, the Sun-Sentinel reported.

Also, on March 19, Zachary Cruz, the younger brother of alleged school shooter Nikolas Cruz, was arrested while skateboarding around the Stoneman Douglas campus after classes had ended, ABC News reported.

According to the arrest report, 18-year-old Zachary Cruz told police he wanted to “reflect on the school shooting and soak it in.” Deputies said he had been warned to keep away from the school campus.

Broward schools Superintendent Robert Runcie told the Sun-Sentinel that the district might extend the extra security, which is on duty during the day until 6 p.m. in light of Zachary Cruz’s arrest.

On Monday evening, March 19, a student found Broward Sheriff’s Deputy Moises Carotti asleep in his patrol car. Deputy Carotti was supposed to be monitoring the campus.

The student told another deputy, who woke Carotti, according to the Sun-Sentinel.

Carotti has been suspended without pay while the incident is investigated.

“That a deputy was sleeping is incredibly disappointing,” Broward County Sheriff Scott Israel told the Sun-Sentinel.

“As you know, I can’t comment on an ongoing internal affairs investigation, but once the findings are in I will make the appropriate decisions regarding the way we are going to handle it and the level of discipline,” he said.

Sheriff Israel welcomes @FLGovScott’s offer to provide BSO w/ additional resources from the FL Highway Patrol. This will ensure that all entrances & exits at MSD High School are secure. We thank Gov Scott for his continued support & partnership.

In a tweet, Israel said he welcomed the increased resources.