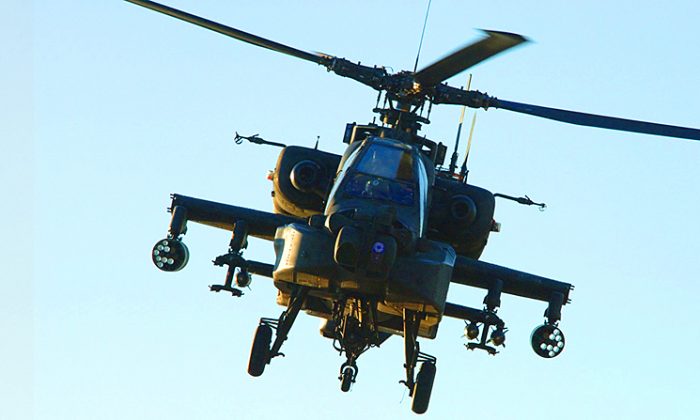 According to Army Times, the two soldiers were on a routine training mission at about 9:50 p.m. when they crashed. No one else was injured.

The soldiers’ names have not been released as next of kin have not yet been notified.

This is the seventh aviation accident, and the sixth fatal crash to strike the military in the past four weeks.

Two Navy aviators were killed on March 14 when their F/A-18F Super Hornet crashed on a training flight in Florida.

In the first, a Marine Corp AV-8B Harrier Jump Jet crashed on takeoff in Djibouti. The pilot ejected from the plane before impact and survived the crash.

Another accident later that day claimed the lives of four marines, whose CH-53E Super Stallion helicopter crashed during a training flight out of Miramar Air Station in California.

Finally, on April 4, a member of the Air Force Thunderbirds aerobatic team fatally crashed in an F-16 near Nellis Air Force Base, Nevada.