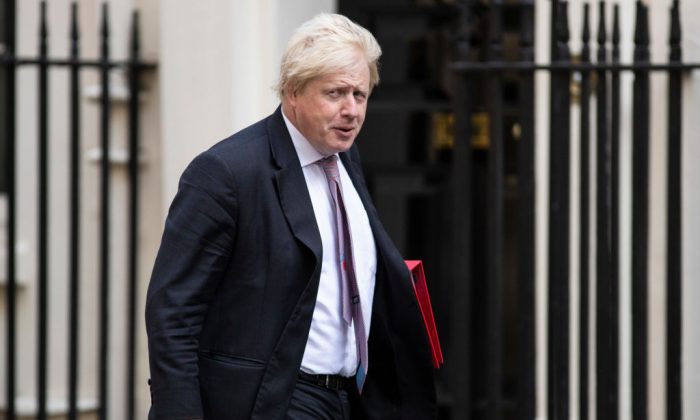 After two years of speculation, on July 6, UK Prime Minister Theresa May finally put her cards on the table: “soft Brexit.”

But the gambit came at a huge political cost.

By July 9 afternoon, so had her foreign secretary, Boris Johnson.

The EU has been demanding detailed proposals from the UK as Brexit negotiations enter their final phase.

The question of whether the UK will end up with a “hard Brexit” (maximally severing ties with the bloc) or a “soft Brexit” (closer to the status quo) has dogged May’s government since the vote.

On July 6, May had finally rallied together her divided Cabinet behind a plan that will create a free trade area for industrial and agricultural goods after the UK exits the EU—a “soft Brexit.”

The proposals include the creation of a special customs arrangement with a “common rulebook for all goods.”

Under the proposal, the UK would sign a treaty to commit to “ongoing harmonization with EU rules on goods, covering only those necessary to provide for frictionless trade at the border.”

May, who voted to remain in the EU but became prime minister on a promise to enact Brexit, is adamant that the plans concede only limited control to enable harmonization of trade of goods.

But to some Brexit supporters, the plan is “Brexit in name only.”

Following his resignation on July 8, Davis told the BBC, “The return of control to parliament is more illusory than it is real.”

“We are now proposing to use the same rulebook, or the same laws really as the European Union,” he said on July 9.

Davis, who has been heavily involved in negotiations with the EU, said that it was a “dangerous strategy” and gave too much ground to the EU.

On July 9, the prime minister’s office confirmed that Johnson—the colorful figurehead of the Leave campaign—had resigned.

The two resignations now bring into question whether May has the political muscle to stick to her plan, or even to keep her position as leader of the party.

Davis, however, said that he still backed the prime minister and didn’t want to “bring her down.”

For 30 years, the UK Conservative Party has been riven by divisions over Europe. Even after the referendum, May has struggled to unite her Cabinet behind a single vision of Brexit. With half of them having voted to remain, they wrestle over the same question as voters: What should Brexit achieve?

Brexit was a binary vote. But enacting Brexit first means renegotiating a new relationship with the EU. That renegotiation touches on many issues stirred up in the referendum vote: the jurisdiction of the EU courts, controls over immigration, and regulations over goods and trade.

A “hard Brexit” refers to an outcome where the UK has minimal ties to the EU and pulls back all controls. A “soft Brexit” refers to staying close to the status quo, with control over certain elements conceded for the sake of closer trade ties.

May told lawmakers she appreciated the work of her two ministers, but insisted her plan was the way forward.

“In the two years since the referendum, we have had a spirited national debate, with robust views echoing around the cabinet table as they have on breakfast tables up and down the country,” she said in Parliament on July 9.

However, even if May survives the political fallout of the resignations, her plans still need to pass the gauntlet of EU negotiations.

The EU’s chief Brexit negotiator, Michel Barnier, welcomed the developments. “We will assess proposals to see if they are workable and realistic,” he wrote on Twitter.

Donald Tusk, president of the EU Council, said that with or without Davis, the issues were still “very far from being solved.”

Tusk wrote in a tweet: “Politicians come and go but the problems they have created for people remain. I can only regret that the idea of Brexit has not left with Davis and Johnson. But … who knows?”