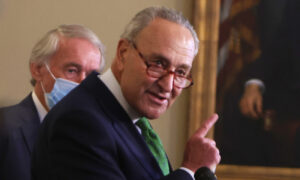 Republicans Reject Schumer's Motion to Adjourn Senate Until After Election
0 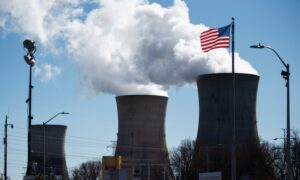 LONDON—Two prison governors have been charged with gross misconduct after vulnerable prisoners were tidied away before their jails were inspected, it is revealed in Prison Service reports.

Dame Anne Owers, chief inspector of prisons, states that Nick Leader at Pentonville and Ian Mulholland at Wandsworth transferred prisoners who were at risk of self-harm between the prisons they governed in May and June this year.

A report says the transfers were "completely pointless, irresponsible and potentially dangerous".

Two prisoners from Wandsworth tried to kill themselves, one making four attempts shortly after arriving at Pentonville.

Inspectors were told no transfers would happen but returned to Pentonville after a tip-off.

Harry Fletcher of the probation union Nappo said what happened "could set matters back decades". Both governors had been considered progressive.

In January, Dame Owers annual report said that lessons must be learned from the riots in the 1980s and 90s "otherwise there are real risks of destabilising safety and control, and of reducing opportunities for change and rehabilitation".

She also said, "It is of concern that the use of force appears to be increasing … and extreme forms of restraint are being used on some of the most vulnerable prisoners."

In her annual report she found that one in seven prisoners are in for life or an indeterminate time, producing a lax attitude to rehabilitation. She also found gang structures behind bars.

Both governors have been moved to other posts – Mr Mulholland is head of custody in Wales, Mr Leader is in charge of Whitemoor Prison in Cambridgeshire. They have two weeks to respond.