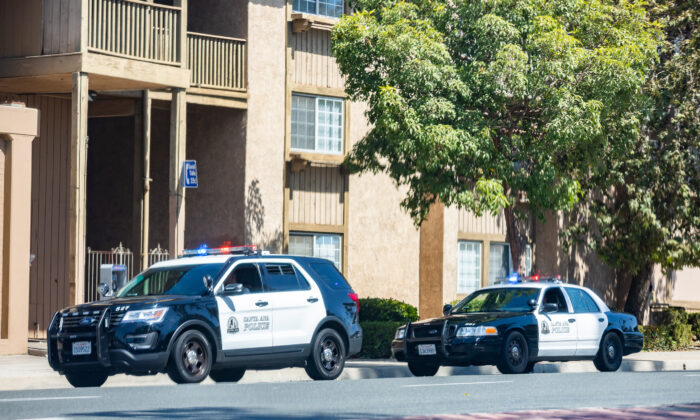 2 People Hit by Vehicle, One Fatally, in Santa Ana

SANTA ANA, Calif.—Two pedestrians in Santa Ana were struck by a vehicle on June 5, one fatally.

The collision happened shortly before 8:30 p.m. in the area of 4725 West First Street, according to Santa Ana police.

One person died at the scene. That person’s name was withheld pending notification of next of kin.

The other person survived and was transported to a hospital in critical condition, police said. There was no immediate word on the gender and ages of the victims.

According to police, the pedestrians were crossing the street when they were hit. It was unclear if they were in a marked crosswalk. The vehicle that hit them was heading west on First. The driver stayed at the scene and cooperated with police.