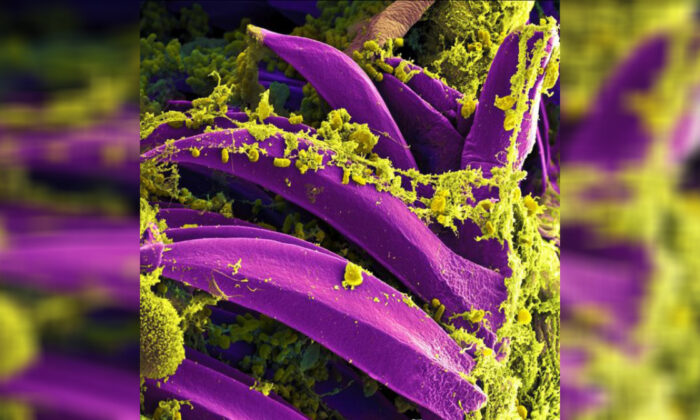 Two people in China are currently being treated for pneumonic plague—the most infectious form of the disease. The patients are from a northern province of Inner Mongolia and are being treated in Beijing, which is home to over 21 million people.

Authorities said on Tuesday that preventative control measures have been implemented, according to state-run media.

It’s the second time the disease, the same one that caused the Black Death, one of the deadliest pandemics in human history, has been detected in the region.

In May, a Mongolian couple died from bubonic plague after eating the raw kidney of a marmot, a type of rodent and the largest member of the squirrel family. Locals in the region believe that consuming the innards of marmots can be beneficial to human health.

The better-known bubonic plague is contracted via interaction with infected animals and by bites from vector fleas, which jump from their rodent carriers to humans. Pneumonic plague, however, is spread through contact with infected humans via droplets in the air produced by coughing. While a bubonic plague infection requires from 2 to 6 days to incubate in the patient, the incubation time for the more virulent pneumonic plague can be as short as 24 hours.

The pneumonic plague is fatal if left untreated, though timely intervention with antibiotics can cure the disease or, at least, mitigate complications, according to the World Health Organization (WHO.)

According to the WHO, 3,248 cases of the plague were reported worldwide between 2010 and 2015, with 584 fatal infections. The highest numbers of infections typically occur in Madagascar, the Democratic Republic of the Congo, and Peru. The disease is reported almost annually in Madagascar.

Incidences of the plague in the United States range from single-digit numbers to dozens of cases annually, according to the Centers for Disease Control and Prevention (CDC). Two people died of the plague in Colorado in 2015, and in 2014 eight cases were reported in the state.

The WHO has classified the plague as a re-emerging disease, as almost 50,000 cases have been reported over the last 20 years.

According to the CDC, the symptoms of a bubonic plague infection include the sudden onset of fever, weakness, headache, chills and one or more swollen, tender, and painful lymph nodes.

Septicemic plague (contracted by flea bites or by handling an infected animal) brings with it the above symptoms along with abdominal pain and bleeding into the skin, whereby the skin and extremities turn black and begin to die—hence the term the “Black Death.” Pneumonic plague symptoms include fever, weakness, headache and the rapid onset of pneumonia, accompanied by chest pain and coughing.

Plague outbreaks devastated Europe’s growing population during the Middle Ages, taking the lives of up to 50 million people.

Reducing or eliminating habitats and food supplies for rodents is one way to reduce the likelihood of encountering the bacteria, according to the CDC. Regularly treating cats and dogs for fleas and never sleeping with pets can also help reduce the risk. Pets should never be allowed to hunt near rodent colonies such as, e.g., prairie dog burrows, the agency states. Sick or dead animals should be reported to local animal health officials but if such animals need to be handled, always remember to wear gloves.