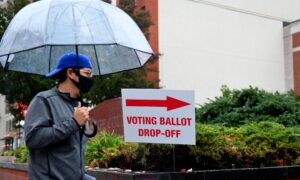 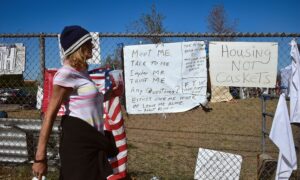 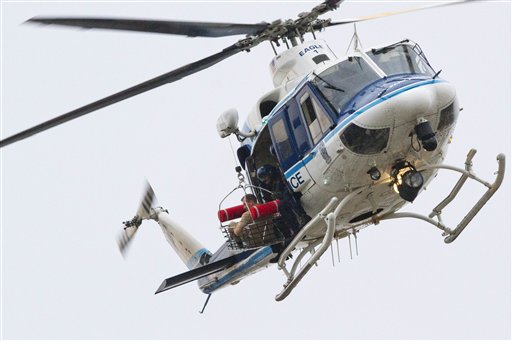 A U.S. Park Police helicopter removes a man in a basket from the Washington Navy Yard Monday, Sept. 16, 2013. Earlier in the day, the U.S. Navy said it was searching for an active shooter at the Naval Sea Systems Command headquarters, where about 3,000 people work. The exact number of people killed and the conditions of those wounded was not immediately known. (AP Photo/Jacquelyn Martin)
US

The Associated Press said one the shooting suspects was shot and killed. He is believed to be a civilian former employee at the base, reports said.

Witnesses reported seeing two additional gunmen to the one that was killed, she said.

At least six people were shot and killed in the shooting, reported The Associated Press, citing law enforcement sources.

One of the shooters was a black male, who may have been in possession of a long gun, Lanier said in a live press conference. He was wearing “olive” colored clothing, she said.

The other suspected shooter is white male in his 50s wearing a khaki military uniform. He allegedly had a handgun.

Lanier said that information about the shooting is still very preliminary and an “active investigation” is taking place.

President Barack Obama in a live statement said that those on the base “faced the unimaginable violence they wouldn’t have expected at home.”

“We are confronting yet another mass shooting,” he said, adding that “we still don’t know all the facts.”