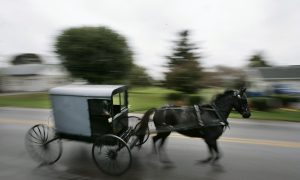 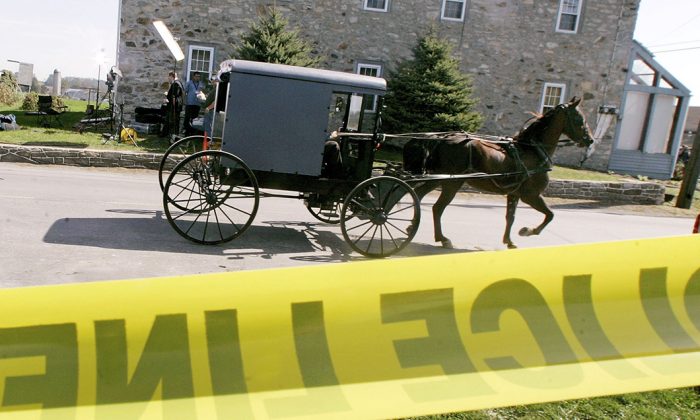 Ohio authorities are searching for two men who allegedly drove an Amish buggy into trees and fled the scene on Sept. 15.

Trumbull County Sheriff’s Office (TCSO) alleges two men dressed in Amish attire were drinking alcohol while riding a horse and buggy at about 1 a.m. local time, near the intersection of Donley and Mahan Parker roads in North Bloomfield, 55 miles east of Cleveland.

When TCSO Chief Deputy Joe Dragovich tried to stop and question the two men about drinking and driving, they gave chase and vanished into thick vegetation on the side of the road, according to WKBN27.

The horse bolted shortly after, pulling the buggy further down the road before coming to a complete stop.

“That horse went a little further down the road and onto an oil/gas well road and stopped,” Dragovich told Fox8. “I’ve never operated an Amish buggy with a horse, but I am told that the horse will know the way home regardless if the operator is awake or even in the buggy.”

Inside the vehicle, he discovered what appeared to be spiked ice tea. There was also a 12 pack of Michelob Ultra beer as well as a stereo system with large speakers on top of the vehicle according to WKBN27.

Fox8 reported the rite of passage known as Rumspringa allows younger members of the Amish community to try out influences from the secular world. However, TCSO has its own mission to protect and serve some 225,000 locals including the Amish community, according to its Facebook page.

“Unfortunately, they are not licensed as far as the buggy goes but it is a vehicle, it is on the roadway and the OVI laws do apply,” Dragovich told Fox8. “You are not allowed to drink and drive or operate a buggy.”

Dragovich arranged for the vehicle to be towed and the horse to be looked after at a nearby farm while he waits for the drivers to come forward.

He suspects the men have not come forward yet because they are concerned about what could follow.

“There is just that fear of the consequences and that would be a reality check for them–that there are consequences–but I encourage them to come forward and get their buggy and horse,” he told Fox8.

If the men come forward and are found to be the drivers, they could be charged with failure to comply with a deputy’s commands.