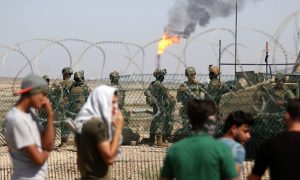 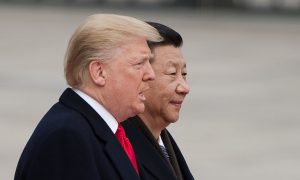 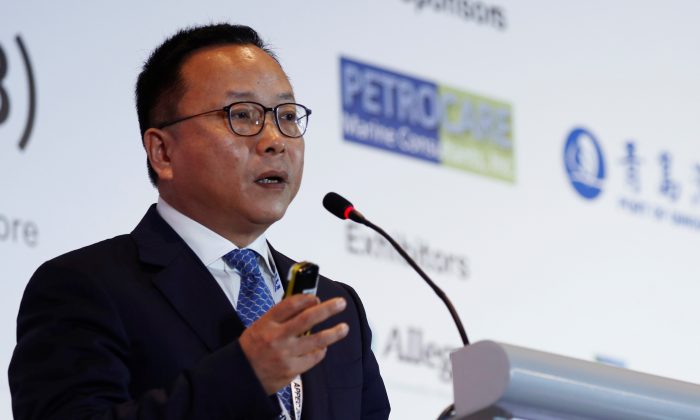 China’s largest crude-oil importer Unipec has suspended two of its top officials after recent severe losses at the company.

Chinese media first reported that an unidentified official at Unipec, the trading arm of China’s state-owned oil and gas company Sinopec, was suspended due to trading losses.

Eventually, Sinopec announced on its official website on Dec. 27 that Chen Po and Zhan Qi—the company’s president and Chinese Communist Party secretary, respectively—had been suspended due to “work reasons,” without further elaboration.

Sinopec’s shares dipped 6.75 percent on the Shanghai Stock Exchange after the media reports, closing at 5.27 yuan ($0.77) per share on Dec. 27. The company has a market capitalization of more than 630 billion yuan (about $91.6 billion).

While Sinopec didn’t provide specifics behind the suspension, many media have reported that Chen and Zhan were suspended due to trading losses.

Chinese business news site Caixin, citing a person it didn’t identify, reported that the decision to suspend Chen and Zhan was made on Dec. 26, during a company meeting. The company incurred financial losses after the duo’s involvement in hedging operations—an investment activity that is designed to protect against market volatility—which resulted in the company importing crude oil at a price higher than market price, according to the Caixin report.

Reuters also reported that Chen and Zhan were suspended due to trading losses at the company, citing five unidentified sources.

“The government inspectors were looking into the company’s operations for the past few years … one of the problems they found was the severe trading losses in the second half of this year, because of wrong market judgment,” one of the sources told Reuters.

China’s state-run newspaper China Securities Journal, citing an unidentified source from Unipec, reported that the suspension was the result of “severe misjudgment in the second half of this year resulting in huge consequences.”

Later on Dec. 27, Sinopec issued another announcement, seemingly confirming the media reports. The company said it was aware of and would evaluate “certain transactions at Unipec involving crude oil that resulted in partial losses when oil prices fell.”

Chang Qing, economist and professor at China Agricultural University, in a Dec. 29 interview with Chinese news portal Sina, said that the Unipec losses could be the result of a failure in the company’s risk-management system.

Fluctuations in oil prices in recent months may lend evidence to miscalculated hedging by Chen and Zhan.

Brent Crude, one of the major oil price benchmarks, rose by more 20 percent in the first six months of this year, before hitting a four-year high of $86.07 on Oct. 4. The surge in oil prices was attributed in part to concerns of shortfalls in global supply, after the U.S. administration imposed sanctions on Iran crude exports. Some observers speculated that oil prices could hit as high as $100 per barrel.

Chen also was optimistic about the potential price increase. On Sept. 24, Chen, while speaking at the annual Asia Pacific Petroleum Conference (APPEC) in Singapore, said that crude oil prices between $60 and $80 per barrel were normal, according to Reuters.

Instead, Brent Crude has since tumbled by about 40 percent since early October, amid concerns of oversupply. Major oil producers ramped up output. In addition, nine countries, including China, India, and Afghanistan, were granted U.S. waivers to temporarily allow them to continue buying oil from Iran.

Amid news of the two officials’ suspension, many Chinese media, including Sina, published a widely circulated conversation on WeChat, a popular social-media platform, detailing what Chen had done: He allegedly purchased 30 million to 70 million barrels of oil futures at about $70-plus, which resulted in losses of several dozen billion dollars for the company. These claims couldn’t be independently verified.

Brent Crude dipped below $70 per barrel in mid-November.

Reuters reported in early December that China imported on average 325,000 barrels per day of U.S. crude in the first nine months of 2018. But, in October, as trade war tensions heightened, imports fell to zero, according to Chinese customs data.

Chinese media has since widely speculated that the possible losses at Unipec could be on par with the 2004 scandal that involved Singapore-listed China Aviation Oil (CAO), a subsidiary of China’s state-owned jet-fuel supplier, China National Aviation Fuel Group.

CAO began to engage in oil-options trading in the second half of 2003, with transactions involving 2 million barrels of oil, according to Chinese media. The move was initially profitable for the company.

Sensing trouble ahead, on Oct. 20, 2004, China National Aviation Fuel Group sold a 15 percent stake in CAO, and injected about $100 million from the sale into the subsidiary. Meanwhile, the parent company tried to negotiate a possible rescue plan with creditors and shareholders.

CAO’s CEO at the time, Chen Jiulin, filed for bankruptcy protection at a court in Singapore on Nov. 29, 2004, as the company was sitting on losses of $381 million from oil-option trading.

In March 2007, Chen was sentenced in a Singapore court to four years and three months imprisonment for concealing CAO’s trading losses and insider trading.

In December 2009, Reuters reported that at the time that 68 Chinese state-owned companies suffered net losses of 11.4 billion yuan ($1.67 billion) on oil-options trading, with oil prices collapsing to nearly $30 a barrel.