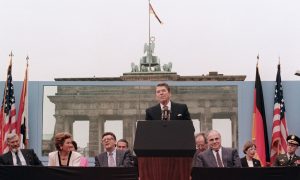 The Dangers of Totalitarian Planning, Past and Present
0
Share Now
TelegramFacebookTweetEmailTellMeWeReddit
Copy Link 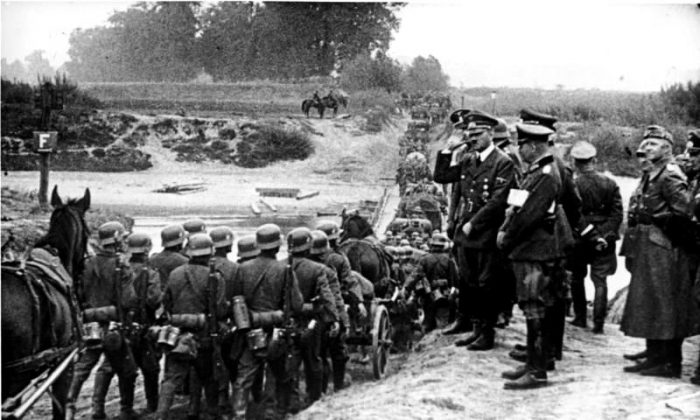 A marriage of convenience that included a secret protocol between two totalitarian regimes—Stalin’s Soviet Union and Hitler’s Germany—not only triggered the Second World War but also left a trail of unprecedented human suffering and mass destruction in its wake.

Soon after the Molotov-Ribbentrop Pact was signed by the foreign ministers of Soviet Russia and Nazi Germany on Aug. 23, 1939, the regimes jointly invaded Poland, beginning the deadliest conflict in human history.

On the 80th anniversary of the Pact, around 200 of those whose lives or whose families’ lives were brutally disrupted by totalitarianism gathered at a commemorative event held in Ottawa’s parliamentary precinct on Aug. 22.

“Two murderous dictatorships found common cause to terrorize Eastern Europe and the Baltic countries,” said Andris Kesteris, vice president of the Central and Eastern European Council in Canada, the organizer of the event.

MP Scott Reid, one of the event’s sponsors, said the invasion of Poland impacted his family.

“My grandmother is from Eastern Poland and our family suffered immensely when Soviet troops invaded Poland in 1941,” he said. “Poland alone lost six-and-a-half million people, and Canada, 60,000 [soldiers].”

Reid said the event—which included prayers for the victims and survivors, and the sharing of memories by several speakers—was intended to honour the victims as well as reaffirm their descendents’ commitment to peace, freedom, and justice.

Aug. 23 came to be known as Black Ribbon Day, an international day of remembrance for victims of totalitarian regimes, specifically Stalinism, communism, Nazism, and fascism.

The Molotov-Ribbentrop Pact set the stage for the Nazi blitzkrieg that hit all of Central and Eastern Europe like a massive lightning strike.

“There were two parts to the pact signed by Molotov and Ribbentrop,” said Poland’s Ambassador to Canada Andrej Kurnicki.

One was an economic agreement to exchange the Soviet Union’s raw materials for Germany’s manufactured goods, Kurnicki said. The other was a neutrality pact that essentially guaranteed non-interference by the other signatory in the event of one of them attacking a third country. This included a secret protocol that only came to light during the post-war Nuremberg trials.

This secret protocol defined the borders of Soviet and German “spheres of influence,” he explained, essentially dividing the sovereign territories of Eastern and Central Europe into future targets for invasion and entitlement to the spoils of war for the signatories.

“The Soviet Story,” a 2008 documentary screened at the end of the evening, showed how Russia had tried to deny the existence of the secret protocol and made every effort to eliminate all records of that part of the agreement. It was only during the 1945-1946 Nuremberg trials that its existence as a bona fide document—and not a forgery as the Soviets had claimed—was proven, and reported in the Western media.

A succession of graphic images and historical footage interspersed with interviews with historians and survivors of Soviet atrocities, the film explores the ideological and tactical similarities between the two totalitarian ideologies. It argues that Stalin and Hitler were both equally ruthless murderers, and that the inspiration for their genocidal campaigns came from the founder of communism, Karl Marx.

According to the documentary, Marx, in his correspondence with his colleague Engels, approved of the extermination of races that in his opinion were not sufficiently advanced in the historical evolution that he believed was in progress, which would inevitably lead to a revolution and ultimately a communist utopia.

‘Communism is Worse Than Nazism’

Audience member Elena Musikhina said her extended family, some from Crimea and Georgia, suffered murders, mass deportations, and other atrocities in the early days after the signing of the Molotov-Ribbentrop Pact.

The Pact was unilaterally terminated by the Soviets in 1941. However, its legacy still lives on under President Vladimir Putin, which uses the same Stalin-style tactics to crush dissidents, said Musikhina, an environmental scientist from Russia.

“Communism is worse than Nazism,” she said.

Musikhina and her husband Mikhail are desperately seeking refugee status in Canada. They were forced to flee their country in 2015 because Musikhina was in trouble with Russian authorities for her outspoken criticism of environmental degradation in the Lake Baikal area of Siberia due to industrial and military activity.

Having had her refugee claim rejected once by Canadian immigration officials, she narrowly escaped being deported to Russia last December through the intervention of friends and supporters. But time is running out and she lives in mortal fear of being sent back to face death in an “accident”—the fate of many of her colleagues, she said.

The Black Ribbon Day event was not all doom and gloom, however. One of the speakers, Loreta Gudynaite-Savitch, president of the Ottawa Lithuanian Community, recalled the heady day of Aug. 23, 1989, when, as a high school student, she joined her parents and friends in a peaceful anti-communist demonstration called the Baltic Way.

On that day, the 50th anniversary of the Pact, nearly two million people stood hand-in-hand in a 675-kilometre human chain that stretched across the Baltic countries of Lithuania, Latvia, and Estonia, demanding their freedom. The Soviet Union began to collapse shortly afterward, with Lithuania being the first country to gain independence, on Mach 1, 1990.

“[The Baltic Way] gave us a sense of hope and confidence that independence could be achieved in a peaceful way,” said Gudynaite-Savitch, adding that her family history was affected by the Pact when her grandfather was deported to Siberia.

“But Glasnost (a slight loosening of totalitarian reins) under President Gorbachev opened the door a little, and the rest was up to us,” she said.