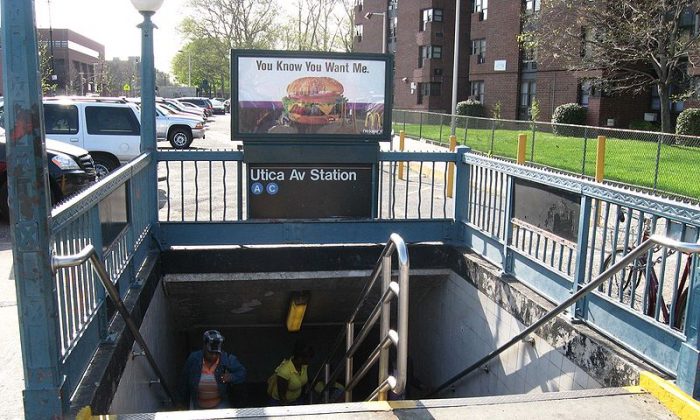 Two men were shot and injured on a subway station in Bedford-Stuyvesant, Brooklyn, on Tuesday afternoon, according to reports. It incident took place on the Utica Avenue A and C Train station at 5:15 p.m. ET.

According to CBS New York, the two victims encountered the armed assailant on the stairs going into the station. They ran underground after getting shot, police said.

“Very chaotic, one of the ladies was screaming,” a witness told CBS.

The gunman fired shots from the stairs, police added.

One of the victims, identified as a 27-year-old man, was shot several times and isn’t expected to survive. He was taken to Kings County Hospital Center on Tuesday.

Another man, 34, was shot several times and was in serious condition at Kings, added police.

The gunman, who is still at large, was wearing a gray hoodie. He fled south down Atlantic Avenue.

‘Violence is getting worse’

PIX-11 reported that both the A and C trains are currently bypassing the Utica Avenue station in both directions. Commuters on either train should allow for extra time.

Chaka Parker, 35, was walking with her daughter when she heard the shots fired.

“When I went to the train area I saw a guy lying at the staircase in his blood,” Parker told DNAInfo. “The shooter blended in with all of that, you couldn’t tell who was shooting.” She added she’s in “shock” now.

“I’m nervous about living in the area. The violence is getting worse, the ability to get a gun,” Parker noted. “To be with your child and witness something like that.”

This shooting comes just a day after a stabbing at the Cleveland Street J station in Cypress Hills, Brooklyn.

The Utica Avenue area is a major transportation hub in Brooklyn, with a subway station and a few several bus lines at the nearby intersection. It’s also across the street from Boys and Girls High School.