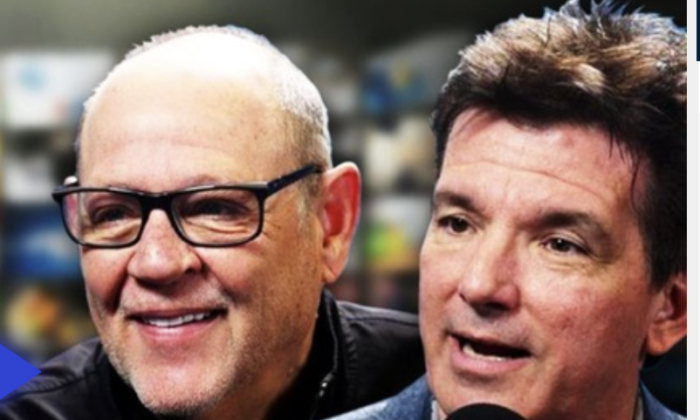 Two Men Bringing Family and Faith-Based Entertainment to the Mainstream

A new wave of family-friendly entertainment may be hinting at a cultural shift. Comedian Keith Stubbs and animator Butch Hartman are leading the way in creating video content with wholesome cartoons and comedy that is breaking the monopoly of mainstream video production. Both say they are catering to the underserved community that wants entertainment the whole family can enjoy.

Stand-up comedian Keith Stubbs, whose “Dry Bar Comedy” has transformed the comedy business with clean humor, said he realized—long before agents believed him—that there is a large audience that wants clean humor.

“I would talk to [the agents] and tell them about hey, I’ve got Dry Bar Comedy, it’s going be a little different. We feel like there’s an underserved market out there for people that want clean, yet funny, not corny, but really funny comedy. And they’re like, ah, what? They didn’t believe it exists,” Stubbs told the Cross Roads host Joshua Philipp during a recent interview.

“What we’ve done at Dry Bar Comedy, and I’ve been doing it a long time, about five years ago, we [realized] there’s an underserved population out there, people that just want to laugh, they don’t want to go through all the muck, but they want clean yet really funny comedy,” said Stubbs. “So at Dry Bar, we have filmed 500 comedy specials with comedians that are fantastic.”

Meanwhile, Butch Hartman, a world-renowned animator known for his hit Nickelodeon cartoons “The Fairly OddParents” and “Danny Phantom,” said he doesn’t want to make “dark” content for kids but cartoons that are entertaining with a biblical focus.

“I’m going make stuff that people can enjoy with their entire family. That’s what I want to do. So, I kind of take the old Disney approach, you know, and if there’s an audience for it, they’ll find you,” Hartman told Philipp during a recent interview.

“And I wanted to start going into doing a cartoon for the Christian audience,” continued Hartman. “I really wanted to create a cartoon for young kids where they can learn the Bible, learn scripture, and learn how to do things in a biblical way and still have a great life.”

After over two decades animating for Nickelodeon, Hartman has gone independent with a new Christian cartoon series “The Garden.” Hartman thinks Christian-focused entertainment needs to evolve to keep pace with what people want: entertainment.

“Certainly, in the secular entertainment world, things have changed. But I also think that Christian entertainment really needs to begin to really excel even more than it has. But I do want them to feel as though they’ve learned something, but I want to entertain them first,” said Hartman.

Stubbs said it is even more necessary to have alternative entertainment platforms for family-friendly comedians because of cancel culture.

“I’ve got friends that have been canceled or close to being canceled for saying a joke that maybe wasn’t even completely worked out,” said Stubbs. Adding that comedians have to refine their jokes in front of an audience, but in that process, someone may get offended.

Doing shows on university campuses is impossible unless the comedian can stay within a box of political correctness, said Stubbs.

“The woke culture is unbearable, and as a comedian it’s infuriating because you feel like you can’t even tell a joke or poke fun at almost anyone. Before, people would laugh or not laugh. Now, you’re getting the moan,” he said. “When the universities book comedians to come to perform, they’re looking for categories.”

Stubbs said he believes in the first amendment and wants comedians to be able to tell their jokes without fear of being canceled.

Wokeism Is the Inquisition of a Socialist Cult: Lucas Miles

“Free speech, which I’m a proponent of, as a comedian you have to be, I may not like something, it may not make me laugh … But I firmly believe that any comedian or person should be able to say what they want.”

Dry Bar continues to grow with season 10 coming up this year, “And we signed a distribution deal with Comedy Dynamics, which is the largest distributor of all comedy, and we’re part of that distribution. So now it’s growing,” said Stubbs.

Hartman, who is gearing his company up to produce 40 episodes of his first Christian basic cartoon, said that will be a jumping-off point for much more family-based entertainment.

“What are you putting on that screen? Are you doing stories for your three or four friends that think you’re awesome or are you doing stories that will last a lifetime that maybe other generations of kids can grow up on? We have a choice,” said Hartman.