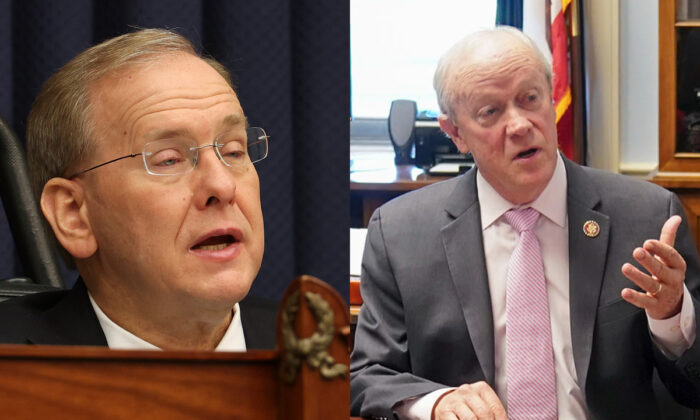 Two House Democrats on Tuesday said they will not seek reelection, joining 27 other Democrats in Congress ahead of the 2022 midterm elections.

Reps. Jim Langevin (D-R.I.), who has been in Congress for over 20 years, and Jerry McNerney (D-Calif.), who has represented parts of California since 2007, within minutes announced they would be retiring at the end of their current terms.

Langevin, 57, said in a video that he wanted to spend more time with his family and friends. He said he wasn’t sure what he’ll do after he leaves Washington. The quadriplegic has represented Rhode Island’s 2nd Congressional District since 2001 after serving as the state’s secretary of state for six years and spending several terms in Rhode Island’s House of Representatives.

McNerney, 70, didn’t give a reason for retiring, though he noted that redistricting would have forced him to run in a reshaped district.

“I will keep working for the people of my district throughout the remainder of my term and look forward to new opportunities to continue to serve,” he said in a statement.

The pair are the 28th and 29th Democrats in Congress to announce they will not seek reelection, including 21 who are retiring. All but Sen. Patrick Leahy (D-Vt.) are members of the House of Representatives.

The remainder along with seven House Republicans are seeking other offices, such as seats in the U.S. Senate.

Republicans, who hope to flip both chambers in the upcoming elections, quickly reacted to the latest announcements.

“Nobody wants to run as a House Democrat because their majority is doomed,” Mike Berg, spokesman of the National Republican Congressional Committee, said in a statement.

McNerney’s decision shook up races in California, with Rep. Josh Harder (D-Calif.) changing his bid for reelection from the altered 13th Congressional District to the one McNerney now represents.

That leaves the 13th district with only one candidate, educator and Democrat Angelina Campaign.

The other seat that isn’t filled was left vacant due to the death of Rep. Alcee Hastings (D-Fla.). Sheila Cherfilus-McCormick, a Democrat, recently won the special election to fill the vacancy but has not yet been sworn into office.