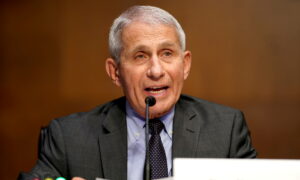 Two Homes Swallowed, More in Danger, as Another Sinkhole Opens in Florida

A sinkhole in Florida’s Pasco County swallowed two homes on Friday morning. Most of the subsidence happened around 7 a.m.

Fortunately, no one was home when the houses collapsed, and there were no reports of injury.

The hole is over 200 feet wide and 50 feet deep. The affected area is still growing in size, reports Fox13.

The moment a house in Land O Lakes fell into a sinkhole @FOX13News pic.twitter.com/0Z0UrEQdKx

Authorities are monitoring the site, which they have warned remains unstable. An additional 11 homes surrounding the site have been evacuated. The American Red Cross is providing assistance to displaced residents.

Gary Joiner, a Pasco County Property Appraiser, confirmed the same sinkhole was identified in 2012 and was stabilized in 2014, according to the Associated Press. In a process called grouting, concrete was pumped through dozens of pipes some 60 feet below the site to stabilize the ground.

Sinkholes are difficult phenomena that have impacted many homes in Central Florida. The area is prone to sinkhole formation as voids and cavities grow over time in the underlying limestone bedrock. Eventually, the weight of the earth above the underground cavities collapses to form sinkholes.

According to the U.S. Geological Survey’s website, sinkhole damage has cost at least $300 million per year on average over the last 15 years.